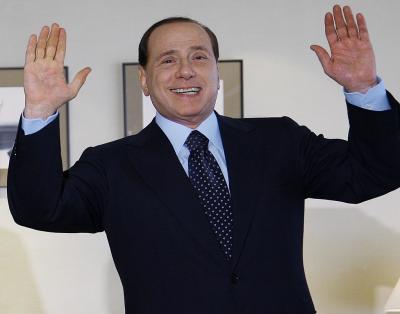 SIENA -Silvio Berlusconi, has been acquitted of one of the outstanding criminal charges against him, legal sources said Thursday, fuelling speculation that he might still run as a candidate for the president of Italy.

The former Prime Minister and Forza Italia leader still faces charges of corruption in legal proceedings, specifically bribing witnesses to lie in court that his ‘bunga bunga’ parties were in fact ‘elegant dinners.’ However the acquittal came in the Sienese branch of the ‘Ruby Ter’ trial that had been active since 2017.

One of his lawyers, Enrico De Martino, said, "I'm really happy and not surprised - it is the right ending to this process that perhaps should have stopped a little earlier." Another of his lawyer's, Federico Cecconi, said Berlusconi  was "evidently relieved and satisfied."

It was one of numerous cases stemming from allegations that the now 85-year-old billionaire paid to have sex with exotic dancer ‘Ruby Heartbreaker’ when she was still a minor, the original case for which he was also acquitted, as judges ruled he could not have known she was underage.

The trial is still ongoing in Milan, where Berlusconi is accused of the same charges alongside 28 other people, including journalist Carlo Rossella and Senator Maria Rosaria Rossi.