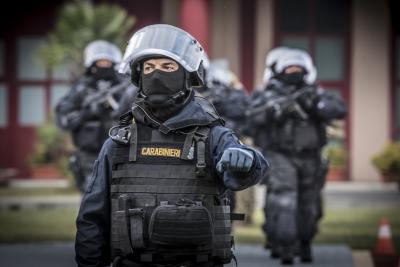 BARI - There have been 109 mafia bosses and affiliates arrested after it was discovered they had been illegally receiving citizenship income totalling 900 thousand euros, police said.

The investigation, called 'Veritas', was conducted by the finance police and the Carabinieri of the Bari and Barletta Andria Trani provinces, in collaboration with the provincial offices of the National Institute of Social Security (INPS).

Checks were carried out on all offenders who already had a sentence no longer open to challenge with '416 bis' (associations with the mafia) or for other crimes such as drug trafficking or extortion. The investigators then cross-referenced the results with the databases of the finance police.

"From the checks it emerged that 37 of the 109 applied for citizenship income firsthand, despite having been definitively convicted in the previous 10 years,” the investigators explained. “In the other 72 cases, there are applicants who have failed to declare the presence of a convict in their family unit or of a cohabiting person in prison, such as their husband or children.”

All are charged with violations of Article 7 of Legislative Decree 4/2019. In the register of suspects there are also leading figures of the Bari clans - Capriati, Parisi, Mercante, Strisciuglio, Telegrafo and Diomede and of the mafia groups of the Bat, such as the Cannito-Lattanzio.

The bank accounts of the accused have already been seized, as they contain the proceeds of the crime, as well as the citizenship cards used to obtain the subsidies. The results of the investigations were communicated to the INPS offices, who will recuperate the money.