What Are The Warning Signs Of Domestic Abuse? 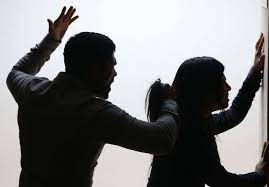 Although disagreements are normal in every relationship, a fight that results in hitting someone else out of temporary emotions could be considered domestic violence, where the common victims are women. Unfortunately, the World Health Organization (WHO) has released data that disclosed that at least 1 in 3 women experience domestic violence globally.

This record is higher compared to the reported male cases as well as undocumented ones. For many people, it may appear easy to identify if a person is violent. Still, most experts found out that most abusers tend to be charismatic, making it challenging for others to doubt their true nature and discourage them from contacting domestic violence lawyers.

Even though it's good to give people the benefit of the doubt, you must watch out for the following warning signs before you experience worse in the long run:

One of the early signs that you're in an unhealthy environment is when someone puts themselves in charge of your welfare. This could appear subtle at first, like telling you not to wear specific clothing regardless if it's appropriate for the current weather conditions or event, as well as dictating how you should act.

Abusers tend to have a false justice, where they believe that their decision is the absolute law among the people around them. With this, you may notice that your partner strictly enforces the ancient beliefs regarding the roles of men and women.

As a result, they could continue demeaning you and have a way to blame every mistake or trouble in their life on you and your actions. Typically, this scenario aims to make the victim dependent on the abuser by making it look like the victim's judgment is impaired and so needs the assistance of the abuser.

Jealousy is typical in relationships. However, when it becomes extreme, it could bring damage to the individuals involved. Generally speaking, abusers are likely to be possessive, going as far as obstructing any means of the victim's ability to go to school or work.

This may be due to the likelihood that the abuser wouldn't be able to monitor the victim's all activity, so their method of turning the tables is by accusing their partner of flirting and having an affair with their colleagues or friends. In case the victim refuses to submit to the wishes of the abuser, the latter will end harassing the victim in their workplace, including making remarks that'll humiliate or embarrass the person in front of others.

If things didn't already escalate to a physical fight, the chances are the victim would be filled with fear and be reserved from the people they're in contact with. With the humiliation they've gone through, they may even end up being apologetic to each move they make.

Abusers are like ticking bombs, thanks to their unpredictability. It's usual for people to have mood swings attributed to substantial lifestyle changes or hormones. But when there's no valid reason for someone's sudden outburst, it's a sign that the individual is emotionally vulnerable, making them act on impulses instead of logical reasoning.

Abusers, in particular, are known to be ill-tempered to their victims, whether in public or private settings that could be aggravated if the person is under the influence of drugs and alcohol. Since they're intoxicated, an abuser tends to turn to their victims for any minor inconveniences by removing their "privileges," such as limiting their food servings or locking them in the closet.

Even if these things seem an absurd narrative, several domestic violence victims reported that they'd experienced it at least once when they were in their abuser's company. Aside from this, abusers are easily irritated, so even the sight or sound of an animal could push them to be violent to these innocent pets, making them a common suspect in animal cruelty cases.

When to call for help

Suppose you're convinced that you or someone you know is in danger of domestic violence. In that case, it'll be best to approach trustworthy law enforcement and report the situation immediately, so your local officers can keep an eye out for you. On another note, those who have already experienced abuse are highly encouraged to submit a formal complaint against their abuser, especially if it's been repetitive.

Make sure that you provide all the necessary shreds of evidence so that the jury could declare a restraining order against the suspect and potentially put you in witness protection if you're currently pursuing a lawsuit, given that the abuser would want to intimidate the victim into dropping the charges.