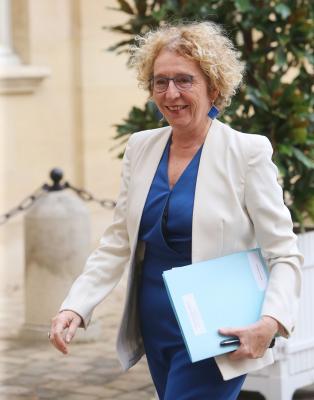 ROME -- France has upped the stakes in its efforts to spike the guns of an Australian candidate to run the International Labour Organization as Paris fielded its own candidate, the former labour minister Muriel Pénicaud, diplomatic sources say.

Mme. Penicaud throwing her hat in the ring for the Geneva-based organization against former favourite Australian Greg Vines evidently is inspired at least in part by France's desire for revenge against Australia following a submarines deal spat, the sources said.
Her joining the contest, togethere with a new South Korean woman candidate and former foreign minister, offers more scope for behind the scenes horse trading in the complex race to be elected to lead the ILO, the sources said.
Candidates include IFAD President Gilbert Houngbo, from Togo, who France likely may try to persuade to renounce his candidature so as to leave the field clear for Francophone African countries to support Mme Penicaud, the sources added.
M. Houngbo has shrugged off criticism from some IFAD donor countries concerned his campaigning for the ILO could detract from his leadership of the Rome-based poverty-busting agency, at which his second term of office as president only started some six months ago.
jp
U.N.
Embassy Row
World