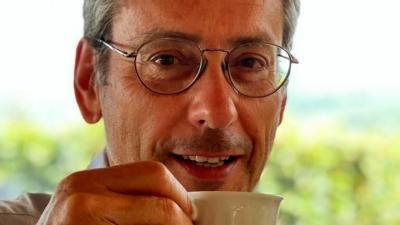 FLORENCE -Deeply ingrained in Italian culture, coffee is to become the subject of a  Master’s course at the University of Florence, which from next year will begin applying academic rigour to the strong black potion that gets the country moving every morning.

The first 24 graduate students will begin the nine-month course in January, with the aim of gaining practical and theoretical knowledge about the national beverage, which is the second most popular drink in the world after tea.

“We will cover all aspects of the business, from the origins to the preparation and serving of the drink,” said Francesco Garbati Pegna, the head of the department of agriculture, food, environment and forestry, who will supervise the course.

“The course is the only one of its kind, as far as I am aware,” Garbati said.

The introduction of coffee to Italy is attributed to Prospero Alpini, a botanist from Padua, who discovered the use of roasted and ground coffee beans to make a drink known as Caofa. He described his find in 1592, saying the decoction was sold in taverns in Egypt, “just as wine is with us.”

Three decades later the English philosopher Francis Bacon came to a similar conclusion about the drink known as coffa, “as black as soot and with a strong odour” that was consumed in taverns by the Turks. “They affirm that it gives no small vigour both to their courage and their wit,” he observed.

Garbati said Florence was a natural location for a course on the “coffee universe”, as it was home to the world’s third oldest botanic garden and had specialised in tropical agriculture since Mussolini sited his “Institute for the colonies” in the city.

As well as studying the history, technology, chemistry and economics of the drink, students will be sent to gain practical experience with companies active in the sector. Italy is the second largest importer of green coffee beans in Europe after Germany and is renowned for the roasting skills of producers such as Illy, Lavazza and Kimbo.

Italians consume around 5.9 kilos of coffee per year, well above the European average but behind the voracious thirst for the drink of Scandinavia.

Garbati said Italy had become complacent about the excellence of its coffee and risked being surpassed by other, more innovative countries.

“We need more scientific competence to keep up with the international competition. There are other ways of preparing and drinking coffee that are interesting, not just espresso,” he said.

The first course will be in Italian but the university is ready to offer teaching in English for international students if the programme proves successful.