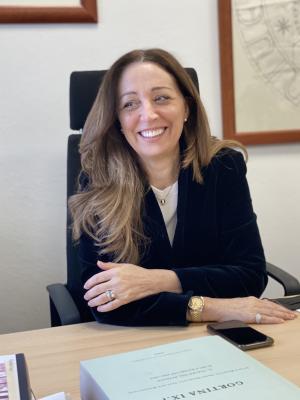 PADUA - The inauguration ceremony of Rector Daniela Mapelli, the first female to hold the position in the university’s 800-year history, will take place Friday, the climax of a two-day sequence of events celebrating the eight century anniversary.

The events begin on Thursday with a discussion at Palazzo Bo entitled "New Ideas for the Future.” The meeting will bring together rectors from some of the oldest and most important European universities, such as the University of Cambridge, Bologna, Naples, Salamanca, Toulouse-I-Capitole  and the Sorbonne in Paris to debate the role of European universities during the pandemic and beyond.

The Verdi Theater will also host “Libertas. A common destiny keeps us here, either all of them or none.” This show of words and music is inspired by the University of Padua’s motto (“Universa Universis Patavina Libertas”) and the poem Nove Marzo Duemilaventi by Mariangela Gualtieri, describing culture as an instrument of freedom. The protagonist is the Padua and Veneto Orchestra directed by Marco Angius, who will perform music written by the composer Silvia Colasanti alternated with readings of texts chosen by Elio De Capitani.

The following day’s inauguration ceremony of the rector will begin at 10 am in the Aula Magna of Palazzo Bo with the institutional greetings of the Vice-President of the Veneto Region Elisa De Berti, the Mayor of Padua Sergio Giordani and the Prefect of Padua Raffaele Grassi. There will be a speech by the outgoing rector, speeches by the guest rectors and the first speech by the new rector. The entire ceremony will be livestreamed and will end with the declaration of the official opening of the celebrations for the 19th century.   The University of Padua is also the alma mater of Elena Lucrezia Cornaro Piscopia - the very first woman to graduate in modern history, back in 1678.

In October, the journey of the ‘Padua Freedom Lectures’ will continue - major conferences in which important international scholars address the issues of freedom from a transversal and multidisciplinary lens.  On Friday, pharmacologist, biologist, academic and life senator, Elena Cattaneo, will present a lecture on a very current topic: the freedom of science, in technique, progress and ethics.

Other speakers in the program include one of the leading exponents of postcolonial critical thought, Cameroonian philosopher Achille Mbembe; the American philosopher of Indian origin Homi K. Bhabha; and the British writer, philologist and historian Mary Beard.

The program of exhibitions will open Oct. 9 at the Botanical Garden, with the inauguration of How Nature works by Krištof Kintera, the result of a consolidated collaboration with Arte Sella. Running until Jan. 9, the nineteenth-century greenhouses of the garden will host creations by the Czech artist made from scraps of the ‘information civilization’ in an exploration that compares biological systems and artificial systems through the definition of a ‘post-natural’ reality.

The new Museum of Goliardia, built in the headquarters of the University and dedicated to the history and traditions of the students of Padua, will also be opened on Saturday.