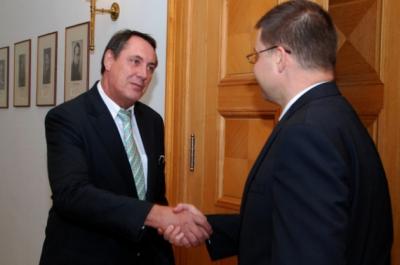 ROME – The heads of the World Food Programme (WFP) and its sister agency, the FAO, have dismissed senior executives at director level found to be sex predators. However questions remain to be answered about how the managers, and other alleged harassers still under investigation, managed to reach and enjoy highly-paid top jobs for years with protection from the higher echelons of the UN hierarchy, UN sources say.

New details of the nefarious activities of Mick Lorentzen, the former Afghanistan country head at the WFP, have emerged in a lengthy, well-researched article in the New York Magazine. Lorentzen told UN colleagues he was a former British army officer but investigators learned he had not risen beyond the rank of corporal in the Royal Marines.

WFP Executive Director David Beasley summarily dismissed Lorentzen -- not his original surname -- after an independent investigation into the country director's penchant for offering jobs to young women in return for sexual favours. At the Food and Agriculture Organization a short time later, Director General Qu Dongyu also signalled he would pursue a policy of zero tolerance against sexual harassment when, in one of his first decisions after his election, he ordered the dismissal of Fernando Servan, the Peruvian director of human resources, who was dubbed a ‘sex predator’ by the NGO Hear their Cries, as reported by the Italian Insider.

Mr Qu also dismissed an Italian assistant director general after Italian Insider disclosed that the executive had come under scrutiny by the European Commission anti-fraud unit OLAF for allegedly using his position while on secondment to the FAO from Brussels to drum up business for his sons.

Servan began his time in Rome as a cab driver and then worked his way up the ladder at FAO, enjoying the patronage of former DG José Graziano da Silva before Mr Qu cut short his career.

Lorentzen’s rise to influence dated back to WFP efforts to improve security after the 2004 bombing of the UN compound in Iraq, leading to the creation of the UNDSS in New York.

“WFP previously had the administrative office handling all security from Rome with security officers in the field,” a WFP insider said.

“So around 2005 agencies with field operations security, and WFP, added security types with Mick (Lorentzen) in charge at D1 level.”

“Adm continued to handle the security of Wfp offices (engineers etc). Mick was popular with Exmanagement and New York as he was a good talker.”

“My guess is that HR did not check his credentials given that he had impressed the higher ups and they had no experience in vetting this category (military, police),” the insider said.

“The ED (Sheeran who was hands off on operations) would have approved his transfer to Afghanistan.”

The New York Magazine article, republished by the Cut https://www.thecut.com/2021/09/united-nations-sexual-assault-abuse-crisis.html, also noted that one victim of Lorentzen, Scottish aid worker Kirstie Campbell, had been reluctant to take her complaint about him to the WFP ombudsman at the time, as she was an American like Sheeran, who Lorentzen claimed was protecting him.

The WFP Ombudsman at the time recently returned to the agency as Ethics Director.

Although Servan was removed from running HR at FAO, where he was in charge of the welfare of thousands of women staff, he apparently is seeking to appeal his dismissal, FAO sources say. In many cases in the past senior UN agency officials have obtained lucrative pay offs in return for signing confidentiality agreements about their own misdemeanours. 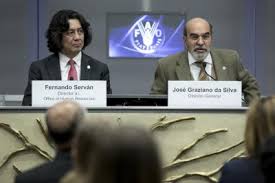