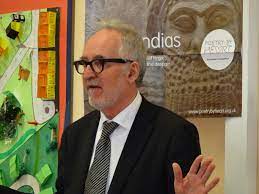 Mr Petrie said, "The European Court of Justice has adjudicated six times on this illegitimate discrimination based on nationality. This is the third case that the European Commission has launched and it represents a real test for Mr Draghi’s credibility as a Europhile."

"Umpteen Italian governments have come and gone and yet Italy continues to flout judgements of the European Union’s Supreme Court. We are grateful to the Commission for its latest initiative. Our thanks are also due to the European Parliament Committee on Petitions for its constant and vigorous support over the last thirty years.”

The breakthrough in the 25-year-old dispute and ALLSI's tireless campaign over the same period came after Irish MEPs lambasted the Commission for letting Italy get away with the racist discrimination against, Irish. UK, German, French and other lecturers.