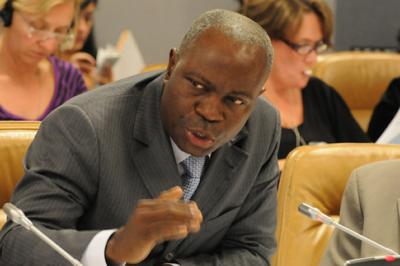 ROME – IFAD president Gilbert Houngbo’s bid to jump ship and become director General of the International Labour Organization may have hit a snag after South African ‘thought leader’ Mthunzi Mdwaba also presented his candidature officially to be ILO supremo, splitting the African vote potentially for the powerful position. Nevertheless Houngbo received a boost from the spat between France and Australia over nuclear submarines, meaning Paris likely may back Houngbo in an effort to prevent an Aussie candidate from becoming DG of the influential organization.

South Africa said Mdwaba’s candidature, deposited in Geneva Sept. 14, is endorsed by the African Union, meaning the former Togolese prime minister likely only would be supported by some other francophone countries in Africa though from Mdwaba’s point of view losing any African votes could mean victory for the Australian candidate supported by most OECD countries expect possibly France and its European allies, diplomatic sources said.

Houngbo disgruntled some donor countries to IFAD by setting his sites on the ILO only six months after garnering a second term at the head of the Rome-based UN food agency and development bank for small farmers.

Some donor country ambassadors apparently felt he should stand down from IFAD but in meetings with major donor countries last week Houngbo apparently reassured them that his campaigning for the ILO would not distract him from his work at the helm of IFAD, the sources said.

Horse trading behind the scenes between tiny Togo and South Africa is believed to be under way with Lomé in a strong position to ask a high price for Houngbo eventually dropping his candidature in return for emoluments from Pretoria to the former French colony, said the sources.

Since South Africa’s candidate threw his hat in the ring for the ILO the stakes for the contest were raised again as France reacted furiously to Australia ‘treacherously’ dumping a multibillion diesel submarine deal with Paris in favour of a nuclear sub deal with the United States and the UK.

China likely will throw its weight behind one of the African candidates in a bid to snub Australia for the submarine deal that was brokered to improve Australia’s defences against Chinese expansionism in the far east, the sources added.

“Professor Mdwaba has expressed his commitment to the ILO ideals of decent work and dignity and to strengthening tripartism,” the South African embassy in Geneva said.

Mdwaba said "It is my expressed desire to contribute to building an ILO that systematically demonstrates it cares for all its staff and constituents, and works to effectively deliver on commitments to ensure the dignity of everyone engaged in the world of work," said Professor Mdwaba.

“Over my years of service at the ILO, I have become fiercely committed to addressing issues of social injustice at a global level. I firmly believe that the ILO, and multilateralism in general, have a profound role to play in ending injustices and ensuring the dignity of all people. My campaign for the ILO DG position will focus on my commitment to renew the organisation and re-position it by consolidating and enhancing all that it has achieved over the years to serve all constituencies in a balanced way, based on three pillars: Change, Social Justice and Impact".

South Africa added that “Mdwaba is an accomplished businessman, organised business activist, academic and thought leader who is well-grounded in the ILO and its tripartite culture after representing the International Organisation of Employers (IOE) at the highest governance levels with distinction.” 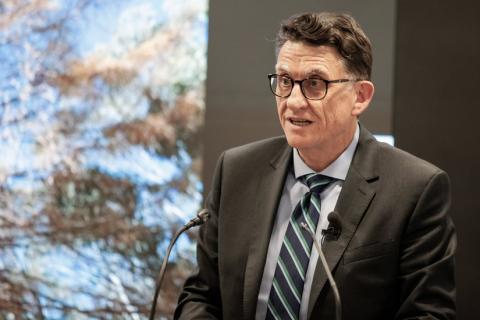