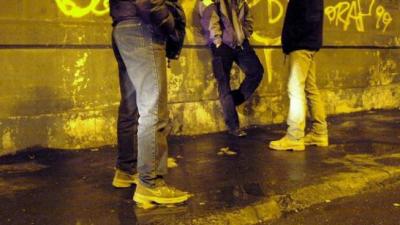 FOGGIA - Authorities are directing an urgent focus on this Apulian city’s ‘baby gangs’ -- groups of boys and young men who are instigating brutal attacks on women, children, homosexuals, foreigners and disabled people, “without any motivation or for reasons of racial hatred," Il Fatto Quotidiano reports Thursday.

The Anti-Mafia Investigation Department (DIA) recently confirmed the suffocating presence of the Foggia mafia on the socio-economic fabric of the capital. Young men who have grown up side-by-side with the criminal organisation tend to emulate the exploits of bosses and followers.

For the investigating judge of Foggia, Roberta di Maria, “the conduct appears symptomatic of personalities with a strong criminal capacity,” but the fact that continuous episodes "characterized by brutal and violent aggressions, have been put in place, in an arc of limited time, by a group of boys, unscrupulous and moral values ​​"to the detriment of" defenseless young people, even minors, without any motivation or for reasons of racial hatred.”

In a letter to the editorial staff of the online newspaper Immediato, a young man denounced the terrible situations occurring in nightlife areas.

“I feel a weight on my stomach and conscience that oppressed me all night. I spent the evening in Piazza Mercato, very central and crowded with young people of all social backgrounds and ages. I always spend a good part of my free time there and I'm guilty of being addicted to the situation of degradation that reigns there, but yesterday I saw too much."

"In two hours I witnessed two critical situations. First I saw hordes of kids running away to watch a fight that, apparently, was taking place in some neighboring street - they were excited and smiling as if they were going to a concert of their favorite singer.

"Second, which alas I witnessed much closer, a small pack of kids up to the age of 13 surrounded a boy, broke a glass bottle on his forehead and started beating him with targeted kicks in the head while he was lying on the ground bleeding.”

The baby gangs of Foggia have a clear objective - they aim for the most fragile and are not afraid to attack with ferocity. In a community devastated by mafia infiltrations, where according to DIA crime represents a real national emergency, this poses a critical social question with no easy answer.