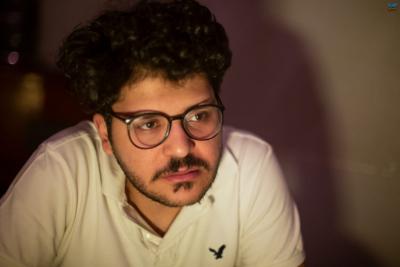 MANSOURA - The Bologna University student, Patrick Zaki, who is Egyptian-born but was recently granted Italian citizenship after Senate concesus, appeared in court for “five minutes” before being told his hearing would be delayed until Sept. 28, and that he will continue to remain behind bars until then, Il Fatto Quotidiano reports.

Though handcuffed inside the defendant's cage, the student spoke vehemently in front of two judges and a chancellor and managed to greet, with palms together, a dozen relatives and the two Italian diplomats who were present in the courtroom, located in Mansoura, a city north of Cairo. In his brief speech, Zaki emphasised the injustice done to him, saying, “I have been detained too long for the crimes that I’ve been accused of.” His lawyer, Hoda Nasrallah, reaffirmed this and asked for his release or at least access to the files concerning him.

A policeman subsequently announced that the trial had been adjourned to Sept. 28 and that the Egyptian student from the University of Bologna will remain in prison until that date.

Zaki, who turned 30 this summer, was paying a short visit to his Egyptian family when on the Feb. 7, 2020 he was put in jail without a trial, arrested on charges of “disseminating false news” and “inciting to protest." In Egypt, pre-trial detention can last for two years, with the possibility of extension if new information comes to light.

"Any Egyptian who has published news, communications or indiscretions on the internal situation in a way that would harm the state and national interests will be sentenced to prison between six months and five years and a fine of between 100 to 500 Egyptian pounds under the article 80 of the law," judicial sources told Ansa agency, in reference to Zaki’s case.