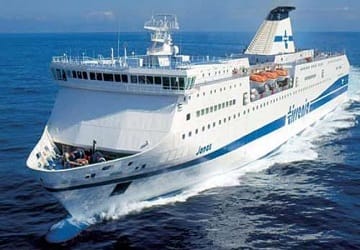 Currently, the maritime route is operated by Tirrenia under a free market regime: this means that the route may not be scheduled in the winter season due to the small number of requests. However, due to the lower number of tourists this year, the connection is already deemed not profitable enough, so it has been stopped, to the great dismay of residents due to return to the peninsula.

It is the first time in “seventy years” that there is no link between the two cities, notes Arnaldo Boeddu, general secretary of Filt-Cgil (The Italian Federation of Transport Workers) Sardinia. He blames the regional government for Sardinia’s increasing isolation: "The junta led by President Christian Solinas is gambling on the skin of the Sardinians and for months has been coming out with statements aimed at shifting responsibility to the national government. If anyone thought that having allowed the interruption of the docking on Arbatax could be the last harassment, now they must take note that the entire southern centre of the island is completely isolated from central Italy".

Giorgio Todde (regional councilor for transport) appealed to the national government a few days ago for immediate action to avoid the interruption of the Cagliari-Civitavecchia route. If the transport situation is not reformed, it may have grave repercussions for the economy. Transporters will have to head to Olbia and Porto Torres, with an increase in both costs and journey times.