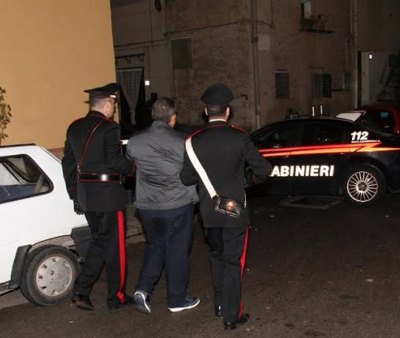 PALERMO - A raid by the Carabinieri in Bagheria, near the Sicilian capital, has led to the arrest of 8 people, dismantling a mafia stronghold and preventing the murder of a local man who repeatedly stood up to the group, police said. The operation, coordinated by the deputy prosecutor of Palermo, Salvatore De Luca, resulted in the arrest of mafia boss Massimiliano Ficano and seven of his most trusted men.

The local man who resisted them, Fabio Tripoli, with a reputation for being drunk and disorderly, publicly challenged the leader, Ficano. This led to a violent response and Ficano allegedly instructed some affiliates to attack Tripoli. A violent beating ensued and Tripoli suffered a head injury and a fractured hand. Despite the incident, Tripoli continued to challenge the Mafia leader, arming himself with an ax and announcing that he intended to set fire to a place that had been inaugurated by Ficano himself. Ficano responded to this affront by giving an order to kill the "rebel" and swiftly afterwards, to build an alibi and knowing he risked arrest, the boss left Bagheria.

Prior to arrest, the group of men had been accused of following crimes: drug trafficking, possession and sale of clandestine weapons, extortion, grievous bodily harm, harassment and crimes aggravated by mafia methods. A bakery, accused of 'unfair competition' to a business run by a person close to the clan, was forced to modify its production. "The victims were actually forced to stop producing the sweets that were the subject of the Mafia dispute of 'unfair competition’", the investigators explained. The core businesses of the clan, however, as is often the case, were drug dealing and betting centers.

Not knowing he was being intercepted and speaking with a close associate, the boss Ficano explained the importance of drug trafficking and the management of betting centers, the most profitable activities for the family.

These "activities were controlled directly by the mafia boss”, explain the Weapon investigators, “he never exposed himself personally, instead delegating his most trusted collaborators". The proceeds were used to provide sustenance for the family members of imprisoned mafiosi - a 'sacred duty of free bosses'. If this promise isn’t kept, it makes the duty of internal silence waver and, consequently, the sturdiness of the Cosa Nostra", investigators say.