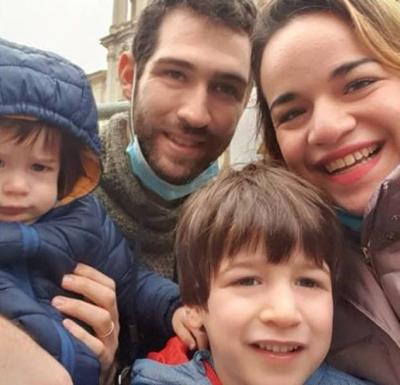 PAVIA - Italy has launched an investigation into the alleged abduction of Eitan Biran, sole survivor of the Lake Maggiore cable car crash that killed his parents, from his paternal family in Italy to his maternal family in Israel.

The six-year-old boy had been living with his paternal aunt, Aya Biran Nirko, who had been appointed as his legal guardian by the court of Pavia. The same court had also ruled that the child could not be "expatriated" unless "accompanied by the guardian" or with the authorization of the same. This agreement has been "violated" by the child's maternal family, says lawyer Cristina Pagni who is assisting Nirko on the civil front. Eitan's maternal grandfather, Shmuel Peleg, was visiting Italy and in possession of the child's Israeli passport, despite the tutelary judge's order to return it to the Italian family by 30 August. This is how Peleg was able to take him on a private plane to Israel. Pagni argues it was an "illegal transfer".

In Israel, the boy’s maternal aunt, Gali Peleg, said she hadn’t heard news of the boy’s health  and mental condition for months. “We didn't kidnap Eitan and we won't use that word”, she defends, “we took him home”. In an interview with Israeli Radio 103, she said that Eitan's return to the country "was what his parents wanted".

This contradicts what Milo Hasbani, president of the Milanese Jewish community, knew of the family: "the father's will was to make a life in Italy, but his wife's parents have always said that he had to grow up in Israel".

The man now also risks the accusation of "international child abduction", as well as the issuance of an arrest warrant, while there is also an investigation into those who would have helped his grandfather to carry out the kidnapping, coordinated by the deputy Mario Venditti and the prosecutor Roberto Valli. "We will follow the investigation and we will try to collaborate as best as possible, to ensure that the child returns to Italy as soon as possible, we are very worried about his physical and psychological health, it is extremely serious", explained Armando Simbari, a lawyer assisting Nirko.

The matter is now also under investigation by the Israeli Foreign Ministry.