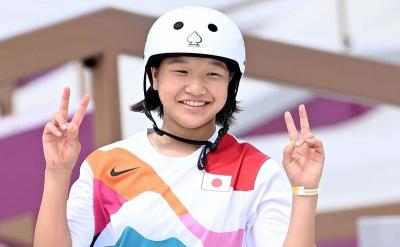 Summer Olympics tournaments are some of the most significant events in sports. Unfortunately, we had no audiences at the Olympics this year due to the pandemic still raging in Japan. Still, even with COVID-19 emptying the seats, Tokyo has managed to put on quite a spectacular, record-breaking show. Let’s take a look at the most interesting numbers from this year’s Summer Olympics.

Even in pandemic conditions, where athletes face many new challenges from training to a lack of a live crowd, the competition at the Summer Olympics was still strong. In fact, 20 world records were broken in Tokyo this year, which is no small feat considering the circumstances.

Six world bests were recorded in rowing, while three records were broken in athletics. The recorder-breakers for athletics were Karsten Warholm from Norway, competing in men’s 400m hurdles; USA’s Sydney McLaughlin in the women’s category of the same race, and Yulimar Rojas from Venezuela, smashing the women’s triple jump record.

Records were also broken in track cycling and shooting, along with six best times coming from the Olympic pool. Climbing made its debut as an Olympic sport this year, naturally setting a new record, too.

This year, the Olympics were held without a paying audience to ensure maximum protection against the COVID-19 virus, with only the countries’ coaches and team members cheering on from the bleachers. So, while the city of Tokyo was expecting to cover some of the hosting costs with ticket revenue, it would have to settle for TV audiences and selling broadcast rights to sports channels worldwide.

Coordinators projected filling the venues up to half of their capacity and putting a maximum of 10,000 domestic viewers at each location. However, after Tokyo declared the fourth state of emergency due to increased COVID-19 cases, live spectators had to be taken out of the equation. By some estimates, the situation cost the city’s restaurant and hotel sector as much as 151 billion yen (1.4 billion USD).

11,483 athletes competed in 42 locations all over Japan. The country’s island of Hokkaido was selected for the final marathon event due to its cooler temperatures in summer. Additionally, around 4.4 thousand athletes are set to compete in the 2020 Paralympics also hosted in Japan.

Olympic athletes participated in 33 different sport disciplines and 339 medal events, competing for 206 national committees (although the Russian team was forced to play under the acronym ROC because of the sanctions that the Russian Federation was under due to the national doping scandal). These Olympics broke yet another record, this time in gender equality. 5,498 women and 5,985 men competed at this year’s Games, making them the most gender-equal competition to date.

Athletics take the gold medal as the sports discipline with the most athletes competing, totaling 2,017. Some other sports events with lots of participants were football, swimming, and rowing, with over 500 athletes each.

The Tokyo 2020 Summer Olympics are definitely making history with new sports debuts and gender equality, but also a record number of medals too. We’ve come a long way since the 43 gold medals at the first-ever modern Olympic Games in Athens way back in 1896.

Taking a look at the countries’ success, the USA undeniably takes the crown. The American team dominated proceedings yet again with 39 gold, 41 silver, and 33 bronze medals. Following right behind are the Chinese athletes, taking home 38 gold medals, while Japanese athletes won 27 gold medals.

J apan’s Momiji Nishiya is not only an Olympic gold medalist in street skateboarding but also the youngest one at 13 years and 330 days old. It’s a new record in skateboarding but only second-best when it comes to the Olympics at large. The still-unbeaten record is held by Marjorie Gestring, who was only 13 years and 267 days of age when setting the diving record at the 1936 Berlin Olympics.

On the opposite end of the spectrum, the oldest Olympic champion in Tokyo was Dorothee Schneider. The 52-year-old German equestrian rider won gold for the dressing team together with her teammates Jessica von Bredow-Werndl and Isabel Werth, who is only a few months younger than Schneider.

Kokona Hiraki scored a silver medal in the women’s park category at only 12, making her the youngest Olympic medalist at these games. Andrew Hoy, the 62-year-old Australian equestrian, took home bronze at the individual eventing and silver at the team equestrian event. As impressive as these numbers are, they were not as close to breaking the historical records compared to the local teen star, Momiji Nishiya.

Putting Out The Torch

The Olympic Games have been one of the most exciting sports events worldwide since their modern-era debut in 1896. Especially in trying times like these, the importance of celebrating togetherness is enormous, and the organizers finding a way to continue a proud and wholesome sports tradition speaks volumes about our need for the Olympics. Hopefully, the upcoming 2022 Winter Olympics in Beijing will be just as momentous, and by the time the next Olympic events roll in, we’ll have live audiences to enjoy the spectacle along with the huge international TV crowd.