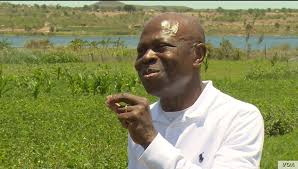 ROME -- In a move evidently backed by the Islamic Conference Organization and China, the controversial International Fund for Agricultural Development (IFAD) President Gilbert Houngbo has announced that he is running for the post of Director General of the International Labour Organization despite only recently being re-elected for a second term as chief poverty buster at the Rome-based UN agency.

M. Houngbo was meeting with representatives of IFAD member states this week to explain his apparently bizarre decision. He evidently is being backed and or pressured on it by the Islamic Conference Organization (OIC) and China, which is concerned the Australian candidate to head the ILO, Greg Vines, might crack down on China’s use of forced Uighur labour at cotton and other factories in the province of Xinjiang, diplomatic sources say.
With the World Cup approaching the use of semi-slave labour to build stadiums for the contest in Qatar also could be spotlighted by an ILO chief from an OECD country. IFAD is dominated by the funding of OPEC countries and an ILO chief from Togo could prove malleable while not attracting the level of U.S. and Western opposition as a Chinese or Arab candidate, the sources say.
The announcement came a mere six months after the Togoloese former prime minister was re-elected to head Rome-based IFAD, a UN development bank for small farmers,  for a second term of four years.
The move has raised a number of questions, in particular on conflict of interest, diplomatic sources said. "Best practice and common in these situations, is that you step down from your current role while campaigning in another election," a veteran IFAD watcher said. "However, Houngbo has announced that he will stay in the role as President of IFAD and 'only' campaign in his free time and on holidays."
"Few diplomatic observers believe that this is either realistic or correct vis-à-vis the IFAD member states and IFAD staff."
Ironically  Houngbo, a former ILO deputy director, forced IFAD out of its membership of the ILO Tribunal, despite fierce protests from IFAD staff.
The move significantly reduced staff rights and employment protection, including the opportunity to challenge IFAD in the court of the ILO Tribunal.
It also followed a massive 'Pol-Pot' style decentralisation of IFAD under Houngbo's reign under which hundreds of staffers were obliged to move to posts in the field from Rome headquarters at short notice or quit.
The ILO has an unusual tripartite structure including unions and employer representatives. Fourteen representatives from each side as well as 28 states, will vote in March next year on who leads the organisation.
Houngbo's candidature for the ILO is a blow for South Africa. Mthunzi Mdwaba, a South African university chairman and technology entrepreneur who was formerly a vice-president of the International Organisation of Employers, already had declared his intention to run.
If Houngbo is elected after the African vote is split he would deprive Mdwaba of the distinction of being the first African director-general of the ILO.
As in similar contests for international organizations, where more than one candidate appears from the same region fierce horse trading usually erupts to try and get one of them to stand down.
jf
U.N.
Embassy Row
World