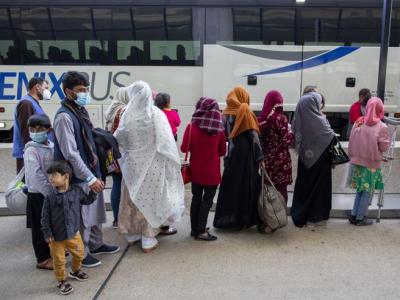 ROME - Bruno Botta, Vice Chancellor for International Affairs at La Sapienza University, is urgently engaged with the foreign ministries, asking to persuade the Taliban to allow around 180 students who are stuck in Kabul to return to their studies in Rome.

The students, including a number with children, were on the Ministry of Defence list of people due to be transferred back to Italy, but they were prevented from leaving by the terrorist attack at Kabul airport on Thursday that killed 200 people. The group of stranded people consists of 81 Afghan women, one of whom is pregnant and others who have children with them, 37 Afghan men and the rest students from backgrounds such as Iran and India.

“At the moment they are safe,” says La Sapienza rector, Antonella Polimeni. “Some of them have come from Herat, but they are now hiding in Kabul; going back would be too dangerous. They are split into groups of 12 to 20 people, with a coordinator in contact with both us [the university] and the government” She expanded, “obviously when I say safe, I mean that they are not on the street, but in temporary apartments: they are forced to move every three days, for safety reasons.”

The 81 Afghan women are studying for a degree in Global Humanities at La Sapienza. A number of them have written letters to La Stampa and La Repubblica newspapers imploring, “we urgently need help to save our lives from this situation of immediate danger. We need hope to carry on living.”

Maria Cristina Messa, the Minister of the University and of Research, said, "the situation at this moment is protected but we must hurry. There is a very intense exchange between the three Ministries of Universities, Foreign Affairs and Defense with La Sapienza University as well. Predicting the future is difficult, but we are doing everything we can.”

This delicate situation could change at any moment, but Botta confirmed that “the Crisis Unit said that they would absolutely not abandon the girls and boys of La Sapienza."