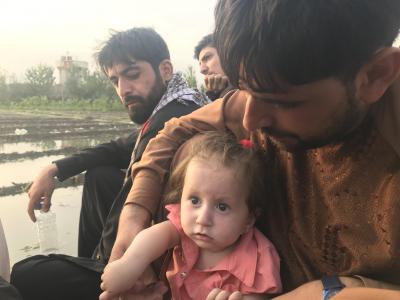 Fazlullah and family at kabul airport

ROME-- Italian special forces troops have rescued some of the hundreds of former Afghan interpreters with the Italian army who were waiting for several days with family members outside Kabul airport for flights to freedom though thousands of other Afghans with Italian connections are believed to be awaiting evacuation.

"We were stranded at the gates for four days without any results," said one of the interpreters, Fazlullah Moslim, "We were so disappointed to an extent that we decided to return to Herat," he told Italian Insider.
"At the last minute, we found another fellow interpreter, Taza Gul who lives in Italy, and whose family were at the gates too. He used to work with Italian special forces called Task Force 45."
"He has spoken with them in order to send soldiers from Task Force 45 at the gate to help us find our way through. They came to three different gates and finally pulled us inside."
Fazlullah and his wife and four year old son arrived in Rome on an Italian military flight Monday, ending their odyssey of fear. As many as 50 other Afghans from Herat were on the flight with them or due to leave shortly afterwards though they cautioned that many more remain outside the airport gates.
"There are still friends who don't have any connection like us. I heard that there are almost 4000 people who are planned to be evacuated-- among whom are afghan collaborators who were employed by Italian NGOs and humanitarian missions in Afghanistan. There 5800 Americans stationed at the airport which makes it the bigger number of American forces at different gates of Kabul airport and inside."
"As far as know, Americans accept all sorts of people no matter if they have proper documentation or not. It's said that they drop these refugees in Qatar and other countries but nobody knows where they will go from there. That's why the airport gates' are overcrowded."
"The Taliban constantly shoot in the air to disperse the crowd and the foreign troops drop sound granades whenever it becomes uncontrollable but gradually people get used to these tactics and they don't work."
For the moment, however, Fazlullah and his family are enjoying being in Italy and the prospect of a new life far from the Taliban's vendettas.
"I would love to watch one of AC Roma's games and wave Afghan and  Italian flags to thank this humanitarian heroism of the Italian people and their government," he told the Insider.
jp 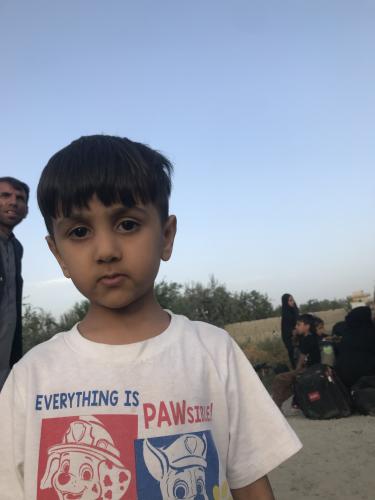