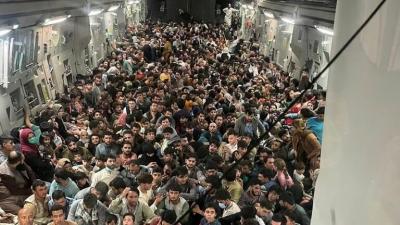 ROME – As thousands scramble to flee Kabul after the Taliban took control of the Afghanistan capital, Italian church organisations are urging the EU to establish a ‘humanitarian corridor’ to safely evacuate Afghan citizens.

"Europe must act to guarantee the protection of those fleeing Afghanistan re-conquered by the Taliban. In these hours, thousands of men, women and children risk their lives simply for believing in the values ​​of democracy, freedom to express themselves and to study," Protestant Churches and Sant’Egidio Community, a Rome-based Catholic association dedicated to social service, said in a combined statement on Tuesday.

“We also ask for a commitment from Italy, which was the first to successfully test the ‘humanitarian corridors,’ to adopt this tool to facilitate the evacuation of Afghan refugees.

“For over six years we, Catholics and Protestants, have been working together to build the humanitarian corridors from Lebanon and, thanks to a new protocol with the Ministries of the Interior and Foreign Affairs, we are starting the first ‘humanitarian corridor’ for 200 refugees from the centres of detention of Libya and, simultaneously, to allow the evacuation of another 300.

“Based on this experience, we are available to carry out a similar project in favour of Afghan refugees, ready to collaborate with institutions, local administrations and other expressions of civil society who wish to share this urgent humanitarian project.

“We can then help those Afghans who, already in Europe, live in precarious conditions. We ask all European governments to suspend the already adopted deportation practices for hundreds of denied Afghan asylum seekers, and also to re-examine the rejected applications given the drama of the situation on the ground.

We reaffirm that Europe's moral and political strength is also built by guaranteeing humanitarian rights and protection to those who are persecuted and have already suffered the tragedy of war."