Romantic images in a suggestive corner of an Apulian town 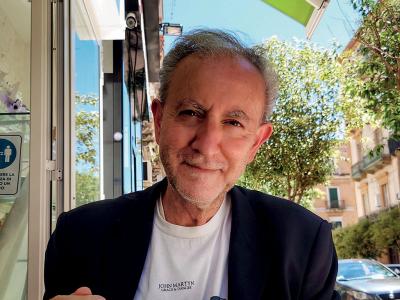 MARTINA FRANCA -- A new exhibition of photographs by Marcello Nitti, 'Romantic Sense', was inaugurated in Taranto province July 29. The place of the exhibition are the alleys of the suggestive historic center of the dynamic Apulian town from 6 p.m. to 8 pm, until August 29.

The photographs are exhibited outdoors and therefore in natural light so it is advisable to see the exhibition between 18:00 and 19:00 hrs. when visibility is optimal. The event was presented by the councilor for culture of the Municipality of Martina Franca, prof. Antonio Scialpi, who sponsored the event in progress in the characteristic corner of the historic center of Martina Franca, in Vico IV Agesilao Milano n.13, an elegant setting created by Print Me. On his photographic technique, Marcello Nitti clarifies not to use photoshop except for minimal adjustments of brightness and contrast. Nothing more than what is usually done in the darkroom with analog photography. It can be said that he hasn’t a particular technique, but he likes to work with natural light. “Sometimes to take a photograph I wait months to find the light I want”. In his technique it is customary to take two or three shots with a single click and, without any digital manipulation, transposing them on "fine art" paper with high quality ink in medium and large formats.

The photo-artist Nitti has stated in various circumstances that he appreciates the romantic and pictorial part of photography, even though he considers himself a modern photographer. So if the photograph reminds us of a painting, it means that, for him, reality resembles a painting. In fact, he states that "if there is manipulation of the image it is one thing, but if reality is what makes it look like a painting, then the photographer's skill lies in grasping reality in that way. I like that a photograph resembles a painting, because it means that we have succeeded in making reality a painting that induces us to dream ". After four exhibitions in Sweden in recent years, this solo exhibition is the first in Italy, and Martina Franca was chosen both because Puglia is the author's homeland and because the region remains a source of inspiration, unique and fruitful for his works. On the other hand, the town is known for its sensitivity to hosting large-scale and prestigious cultural events such as the well-known Opera Festival della Valle d'Itria, whose 47th edition ends on 4 August. As well recalled in his inaugural comment by prof. Scialpi, “the photographic exhibition borders on pure art. Light crosses the photographic research that fixes not only existential moments over time. Above all it is the result of meditations. A model for the historic center of Martina where the white is shining and the stone sparkles fresh with warmth and beauty”.

The artist from Taranto is a professional photographer. He has documented with passion and dedication thirty years of musical subjects and of various humanity in images, combining his photographic activity with a myriad of other initiatives, journalistic, radio, music promotion in various locations. In recent years he has increased his commitment to the field of artistic photography, developing and perfecting innovative personal techniques, creating photographic works that are still exhibited and appreciated in Northern Europe today. His photography is the result of a technical study that finds its source in experimenting with the possibilities and limits of the camera. The research is also aimed at representing an abstraction that in particular conditions the technical means used produces, creating images that capture different versions of natural visual perception, explore the unknown and reveal a world closed to our subjective and rational knowledge.

In 2007 with friend Giuseppe Basile he set up the non-profit Cultural Association "Geophonìe", which takes care of photographic archives and documentation, period printings and editorial experiments aimed at enhancing amateur assets of private collections, in the musical field, or in support of artists and authors, in the photographic and literary fields.