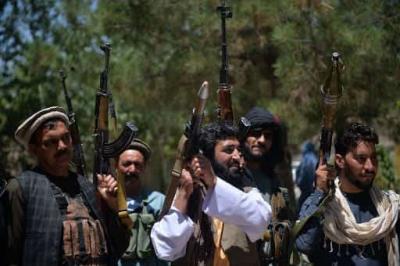 HERAT – As the United States ramps up its airstrikes against advancing Taliban militants, some 40 local interpreters fearing for their lives have reiterated calls for Italian authorities to get them out of Afghanistan.

Despite repeated emails to the Italian embassy the Afghan translators, who are in the crosshairs of the Taliban for helping Italian troops, have been told to wait.

“I emailed the Italian embassy on June 20th, nearly two months ago and haven't received any news yet,” Fazulullah Moslim, a former Interpreter and spokesperson for the Afghan translators told the Italian Insider. Mr Moslim said the defense attache at the Italian embassy told him not to send further emails and to “keep waiting.”

“The security situation in Herat has extremely deteriorated in the last week and the Taliban are almost inside the town,” he said. “Heratis have been asked to join the battle and resist the Taliban forces and people are dying on daily basis.”

Interpreters are the most exposed and at risk, having worked as the point of contact between Italian armies and Afghan locals since the first Italian troops arrived in the area in September 2001.

With Sept. 11 approaching, the date President Joe Biden set as the final day for the removal of the entire international contingent still in Afghanistan, the United States has already started moving the 18,000 Afghans who have requested visas for their work helping American forces.

The United States already has wider evacuation programmes in place which expect to give 70,000 visas to Afghans and 100,000 to Iraqis who requested evacuation.

According to the Red Cross, the Taliban has killed as many as 1,000 interpreters in the last few years for their cooperation with foreign forces.