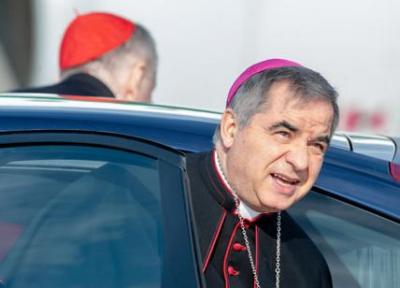 VATICAN CITY – The trial opened Tuesday of the Sardinian Cardinal Giovanni Angelo Becciu and nine other high ranking officials of the Holy See on charges of embezzlement and abuse of office regarding investments by the Vatican's Secretariat of State including in a London property, Vatican officials said.

The accused included lay and ecclesiastical staff of the Secretariat of State, and employees of the Vatican’s (then called) Financial Information Authority . It was be the first time that a prince of the Church, as cardinals are known, stood trial in a Vatican Court.

Cardinal Becciu, aged 73, former Prefect of the Congregation for the Causes of Saints and Substitute for General Affairs to the Secretary of State, has been accused of embezzlement, abuse of office offering money to a witness to induce a false testimony.

The charges follow a two year investigation, in collaboration with the Italian Guardia Di Finanza, into the purchase of 60 Sloane Avenue in London after questions were raised by the Vatican Bank regarding a series of complex financial investments by the Secretariat of State. The property was sold to the Vatican by Raffaele Mincione in a deal brokered by Gianluigi Torzi. The two shadowy London-based Italian businessmen are also being brought to trial but have denied all wrongdoing.

The Vatican has said that the judicial investigation is directly linked to the plans and reforms of Pope Francis, aiming for the full transparency and “sanitation” of the Holy See’s finances.

Cardinal Becciu, formerly one of the most important members of the Secretariat of State, was forced by the pope to step down from all his official roles in 2020. He remains a cardinal though would not be able to vote in

Cardinal Becciu said in a statement, “I am the victim of a plot hatched against me, and I have been waiting a long time to know any accusations against me, to allow myself to properly deny them and prove to the world by absolute innocence.”

He continued, “only by considering this great injustice as a test of faith can I find the strength to fight this battle of truth. Finally the moment of clarification is coming, and the Tribunal will be able to find the absolute falsity of the accusations against me and the dark plots that evidently have supported and fuelled them.”