Las Vegas has opened its doors again – everything you need to know! 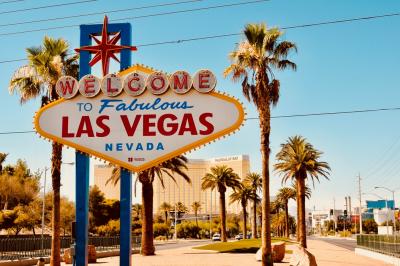 It has been a long, long time. For more than a year life literally stood still. Not only at one place in the world, but on the entire planet, all public life was driven down by the governments. Curfews, closed shops, closed bars, closed casinos, home office.

Although almost all the places in the world were impacted equally by the worldwide pandemic, in some places it made a bigger difference than in others. A village in Germany or a small town in the south of Italy with just a few shops for groceries did not change too much, as not many visitors would come and the heated and packed street life of the big cities never reached there.

Other places like big cities were obviously impacted way stronger by the measures the governments had to take in order to prevent a wider spread of the virus. Streets and boulevards which used to be crowded and full of life were suddenly deserted and empty. No soul on the street, all shops and clubs closed, a picture that we just knew from post-apocalyptic films so far.

Especially cities which live from the nightlife and tourism have been hit hard by the lockdowns and literally turned into spooky ghost towns. One of these megacities is Las Vegas. The city in the desert of Nevada has been in lockdown for fifteen straight months and transformed from a flamboyant spectacle into a deserted abandoned place of a Mad Max picture.

Gamblers and Casino fans from all over the world that usually flooded the streets and hotels in the city had to find different options to continue their hobby. Many have turned to online gambling like Online Blackjack which became increasingly popular in the past two years.

Las Vegas is back in the game

Now finally the notorious desert town is back and tourists and gamblers are streaming in again which almost immediately resulted in an all-time high of the gambling revenue. Casinos and hotels started to open and celebrate the returning life to the city. Not only have famous casinos reopened, but also new ones were introduced.

The first new megacasino on the Strip in more than a decade, the $4.3 billion Resorts World, opened recently as huge amounts of mostly maskless tourists indulge in the city’s famous casinos once again.

Malaysia’s Genting Group developed the unbelievably huge hotel with 117000 square feet of gambling space, 3500 rooms, 250000 square feet of meeting space, a 5000-seat theatre where Celine Dion and Katy Perry begin residencies later this year and seven swimming pools overlooking the north end of the Strip. This resort is known to be one of the biggest resort projects ever on the famed boulevard, similar in scope to the Bellagio or the Venetian.

Also, the government joined the celebration. The new Vice President Kamala Harris was set to visit roughly a week ago. The White House set up a tour through the states called the “America’s Back Together” tour celebrating progress against the virus.

After a historic shutdown last year, Las Vegas casinos began to reopen cautiously, with mask requirements, plexiglass barriers, limited offerings beyond gambling and generally all measures required to deal with such an amount of people coming in. Today, it almost looks like evidence of the global health crisis is fading away as crowds of tourists pack casinos, pools, shows and restaurants.

So, money is apparently flowing in, the required health measures are in place and the expectations are high. But premature celebration and carelessness may have their price.

Corona on the rise again

While the president of Resort Worlds Las Vegas Scott Sibella is confident about the development, commenting that it would be an especially lucky time to reopen and stating that Las Vegas was going to open one way or another, as it is getting better every day in the city, the numbers tell a different story.

The progress is there and obviously seeable, but it may be under threat. In the last weeks, Nevada saw the highest rate of new COVID-19 cases in the country. Furthermore, hospitalizations are on the rise again and the highly contagious delta variant has become the most prevalent form of the virus in the state, adding urgency to the campaign to get more people vaccinated.

Measures to prevent the virus from rising again are hard to develop, if at home or in the biggest hotel resorts. In a place like Las Vegas where the economy is basically run by crowds of tourists and careless behaviour,  return to pandemic-related restrictions and mask requirements seems to be off the table.

Although almost all gambling spaces are in closed establishments, guests are not required to wear masks. While guests are required to show proof of being fully vaccinated, the employees and workers in the establishments do not appear to be asking anyone for proof of being treated. Still, many hotels and casinos are putting efforts into getting their employees vaccinated, but the guests are still the priority. So crowded places and casinos can still be a reason for the virus to spread again.

Las Vegas fully reopened and lifted restrictions on most businesses on June 1, though many casino resorts had already returned to 100% capacity before that with approval from state regulators. Visitor numbers, while not at their pre-pandemic highs, have grown by double digits four months in a row.

Locals, tourists and resorts are happy to finally come back to the pearl of the Nevadan dessert and bring life to the level it used to be. Spectacular light shows, incredible high fountains, huge hotel resorts and the best casinos in the world are looking forward to a bright and glamorous future with high numbers in profits and visitors.

Still, the local authorities, as well as the visitors and establishments themselves, have to be careful and let the whole thing start slowly and controlled in order to prevent another fatal lockdown of this colourful city in the middle of the desert.