Priests protest use of pesticide in Prosecco production 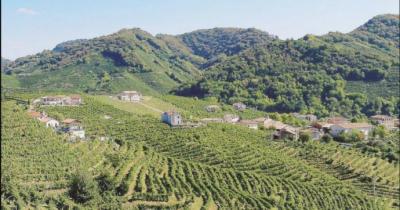 TREVISO - Several local priest in the Prosecco hills of Veneto have penned an open letter to the faithful of the ‘pastoral unit’ (a small group of parishes) of the Abbey of Follina, protesting vintners’ use of pesticides and fertilisers in the local production of Prosecco, and the stripping of land to make new vineyards.

“They [Prosecco producers] are not just irresponsible people, but devoid of humanity,” wrote the priests, of the municipalities of Miane, Follina and Cison di Valmarino. “We also feel a constant growth in moral indifference towards the suffering, hardships and fears of so many people, caused by a sometimes uncontrolled use of pesticides. The earth and its inhabitants are sacred before God. And every attack on the earth and people is, in act, a sacrilege and crime.”

The letter continues, “We are concerned about a climate that appears increasingly marked by resentment, aggression, envy and jealousy, which hurt and further ruin relationships… It is not enough just to respect the dictate of rules or laws to feel right. Stalin, Hitler, Mussolini, Mao and so on have killed millions of people in accordance with the law. There is also the humanity of man, the rights of the weakest and of the Earth.

“We priests have no power of intervention, while those who have power seem distracted spectators or, perhaps, indifferent. We therefore turn to the hearts and consciences of people, even those of "our home", who have not yet buried under money, power and greed those minimum and indispensable values of community and people capable of respect, dialogue, solidarity, a sense of common good and good neighbourliness.”

Andrea Zanoni, regional councillor of the Democratic Party, has said, "Once again parish priests sound the alarm about the consequences of the indiscriminate proliferation of Prosecco. Zaia [Luca, President of Veneto] should listen to them and act: there is not only the huge environmental concern, but that of the state of local communities. In recent years the region has spoken a lot about biological conversion and sustainability, but in practice it has done very little.

“The landscape of the Treviso region has already been distorted by what has become a huge monoculture which continues to make abundant use of chemicals, about 4,500 tonnes per year. In addition, the hills of the UNESCO site continue to be cleared to make room for new vineyards, as is happening currently in Ligonto, in the municipality of Follina.”