IFRC launches emergency appeal as deaths soar in the Mediterranean 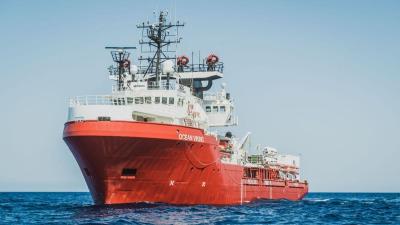 GENEVA – The International Federation of Red Cross and Red Crescent Societies (IFRC) has launched an Emergency Appeal to provide life-saving assistance to people in distress in the Central Mediterranean Sea. IFRC teams will join maritime and humanitarian NGO SOS Mediterranee’s crew on board the Ocean Viking rescue ship as of August 2021, according to a joint statement by the two organisations.

Lives continue to be needlessly lost in the Mediterranean, particularly on the long and treacherous Central Mediterranean route between Libya and Europe. Already 792 people are known to have died on that route while trying to reach Europe in the first half of 2021, three times as many as in the same period last year. The actual number of casualties is likely to be much higher.

IFRC President Francesco Rocca said, “in the middle of the Covid-19 pandemic and the climate crisis, it is still critical to move to the Mediterranean Sea to save lives and protect human dignity. It is unacceptable that people are still dying at sea, on Europe’s doorstep: this is a clear failure of the international community. This is why we decided again to take our vital emergency support out to sea, and we call on our partners and donors to support this operation.

“No one should be forced to leave their home, their community, their beloved because of poverty, violence, food insecurity and any other effects of climate change. No one should die searching for safety. We are proud to start this new mission, but we also call on the EU and its Member States to urgently increase search and rescue operations.”

The SOS MEDITERRANEE crew of search and rescue professionals will be joined by an IFRC team as of August 2021. IFRC will provide post-rescue support, including first aid, medical care, psychological support, food, dry clothes, blankets, toiletries and information to the people who have been safely brought on board the Ocean Viking. The IFRC team will include at least medical doctors, a midwife and professionals who can provide psychological support and assist those who are particularly vulnerable and in need of extra protection, such as unaccompanied minors and victims of human trafficking.

“Being joined by the Red Cross and Red Crescent network onboard the Ocean Viking is an honour and a new milestone for our organisation. IFRC’s commitment to reaching out to people in distress at sea through this partnership highlights the absolute necessity to try and save lives in the Central Mediterranean”, says Caroline Abu Sa'Da, General Director of SOS MEDITERRANEE Switzerland.

“Our partnership will be based on shared values and humanitarian principles upholding our duty to rescue at sea, a duty enshrined in maritime law and longstanding sea faring traditions – a duty that has been relentlessly damaged over the past five years in the Central Mediterranean. International humanitarian organisations such as ours are only plugging the rescue gap left by States in the area: it is not enough. To save as many lives as possible, we urgently need a coalition of European States and maritime actors willing to conduct lawful and humane rescue operations.”

The IFRC has launched an emergency appeal of two million Swiss francs to support the operation. This life-saving mission is an integral part of the Red Cross Red Crescent presence to protect and assist people in countries of origin, transit and destination across Africa, Middle-East and Europe.