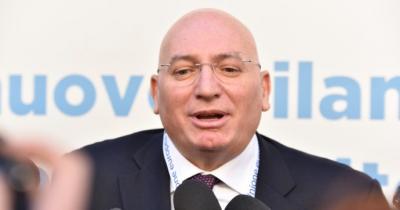 LATINA - The Italian MEP Matteo Adinolfi has been placed under investigation for allegedly buying electoral votes from the mafia, in a police inquiry that has also seen the arrest of a businessman in the waste disposal industry and another collaborator, according to judicial sources

Police and Carabinieri carried out the arrests on the basis of a pre-trial detention order issued by a judge in Latina, at the request of the District Antimafia Directorate (DDA) of Rome, as part of investigation Touchdown.

The investigation concerns the illicit involvement of Raffaele Del Prete, owner of the waste management company Del Prete S.r.l., in the municipal elections of June 5, 2016.

Del Prete allegedly paid 45,000 euros in three instalments to members of the Di Silvio clan in exchange for at least 200 votes for Adinolfi in neighbourhoods under the influence of the clan.

Matteo Adinolfi, currently an MEP for the League and the League’s secretary for the province of Latina, was at the time the front runner to be Noi Con Salvini’s candidate for the 2016 municipal elections in Latina.

The investigations have been much helped by testimonies from two turncoats, Agostino Riccardo and Renato Pugliese. In particular Riccardo, who had been a subject of the same investigation for his role as a kind of go between for the Di Silvio clan and Del Prete.

No members of the clan communicated with Del Prete, so as not be seen to be “collecting votes,” instead communicating solely through Riccardo.

From Del Prete’s point of view, the election of Adinolfi was crucial to guarantee a monopoly over the waste management and disposal of the area for Del Prete S.r.l..

Adinolfi has said, “let’s see what the papers say, I have confidence in the judiciary, but I know that I did nothing… I will say nothing else now, I’m returning to Rome from Brussels.”

Monica Cirinnà, a PD Senator in the antimafia commission said, “what is emerging from the DDA investigation into the local elections for the Municipality of Latina with its arrests is a worrying picture. We trust in the careful work of the judiciary, but if the accusations were confirmed we would be faced with a dangerous exchange vote involving League politicians, entrepreneurs and mafiosi. Southern Lazio, as the Anti-mafia Commission has repeatedly stressed, is a territory with a very high risk of criminal infiltration that can affect its political, economic and social life. I hope that light will be shed as soon as possible to allow citizens to express their right to redemption and rebirth.”