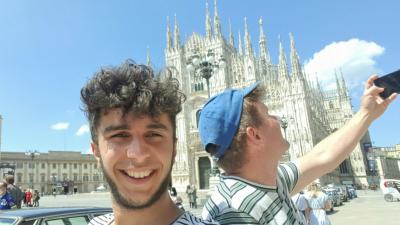 ROME - The Rome Diving Squad of the Vigili del Fuoco have begun a scan of the bottom of Lake Bracciano using side-scan sonar, ten days after the disappearance of 22-year-old Dutch tourist Samuel Boujadi.

Boujadi was camping with a friend on the banks of Lake Bracciano, in the province of Rome,  when on June 25 he decided to go for a swim in the lake. His friend, also Dutch, raised the alarm two hours later when he hadn’t returned.

After days of Carabinieri and Vigili del Fuoco searches of the beaches and creeks around the lake, authorities began to use side-scan sonar, an instrument that scan the lake bed, creating an accurate picture of the floor, even at great depths. No traces have yet been found.

Carlo Nico, head of the Rome Diving Squad, said of the investigations, "initially we made a reconnaissance helicopter, searching the area inch by inch to see if he landed in a reed bed a few hours after the alarm still alive, unfortunately without result.

“At dawn the following day we set up an operational work camp from 5:00 a.m. to 8:00 p.m., listening to the scarce testimonies of the boy’s friend, and we looked for him with over 100 dives at 12 to 15 meters deep at 300 to 400 meters away from the shore, with 10 thousand square metres covered the screen in a week. After ten days we are operating on two tracks, on the one hand diving ourselves again, on the other using a state-of-the-art tool, able to identify targets similar to the human body.”

According to Samuel’s friend, he was not the strongest swimmer but had been determined to reach the other side of the lake, the second biggest in Lazio. It is thought that he might have been struck by a sudden bout of illness or fatigue and went under.

The towns surrounding the lake are covered with pictures of Samuel, on lampposts and trees, and authorities are asking for anyone who might have any information regarding his disappearance. 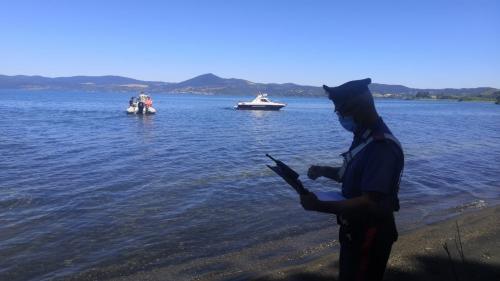 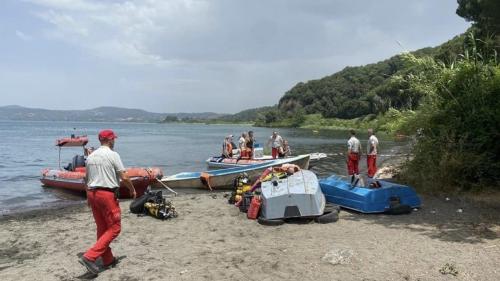