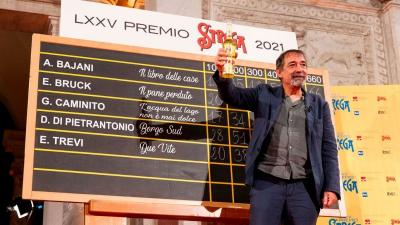 ROME - The 75th edition of the Strega Prize, Italy’s most prestigious literary award, has been awarded to the Italian writer Emanuele Trevi, for his novel Due Vite (Two Lives). The prize was awarded by Giuseppe D’Avino, president of Strega Alberti Benevento S.p.A..

The award ceremony was, as usual, held on the first Thursday in July in the Villa Giulia in Rome, however without the presence of the customary audience of literature lovers. It was broadcast instead on Rai Tre, presented by comedian Geppi Cucciari.

From a longlist of 12 novels, five are selected in June for the shortlist, and the winner is voted for and announced during the ceremony in July. The voting jury is made up of 400 ‘Sunday Friends,’ named after the gatherings in the literary salon of Maria and Goffredo Bellonci in the 1940s from which the prize originates, as well as around 300 other Italian literary elite, former winners and cultural institutions.

Each of the five finalists were awarded a small statue in the shape of an ’S’ by the young artist Liang Yue, of the Accademia Albertina di Belle Arti di Torino, by Stefano Rossetti, Deputy Director General of BPER Banca.

Speaking at the event on Thursday were Giovanni Solimine and Stefano Petrocchi, respectively president and director of the Fondazione Bellonci, and the writers Francesco Piccolo and Dacia Maraini. 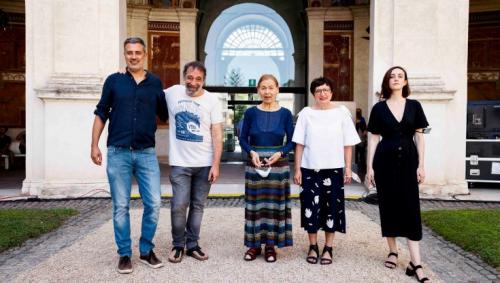