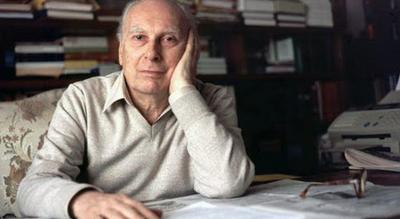 TURIN - The Italian journalist, historian and anti-fascist partisan Angelo Del Boca has died at his home in Turin, aged 96.

He was one of the first historians to denounce the crimes of Italian colonialists in Libya and the Horn of Africa under the reign of Mussolini, and in particular the use of gas against the native populations.

Born in Novara in 1925, when the Second World War came around, he was forced to enlist with the Italian Social Republic, a German puppet state, to prevent the arrest of his father. However, in 1944, in the midst of the War of Resistance, he deserted and joined Giustizia e Libertà, the anti-fascist resistance movement.

Speaking in an interview as part of the Digital Memorial of the Resistance on noipartigiani.it, he said, with tears in his eyes, that “the values that I learnt during the Resistance are ones that are still valid even today.”

He recounted his experiences as a partisan in the war in the 1963 book, ‘La Scelta’ (The Choice), and in 2015 in ‘Nella Notte Ci Guidano Le Stelle’ (The Stars Guide Us Through The Night). He wrote, “I fight not for the country, but to see the face of my mother.”

After the war he joined the Italian Socialist Party of Proletarian Unity (PSIUP) and began to work as a journalist, including for Il Lavoratore in Novara, La Gazzetta del Popolo and Il Giorno.

He gave all this up, including the PSIUP, in 1981 and began to concentrate on the study of Italy’s colonial past, writing several books on the subject, including ‘The Italians in East Africa,’ ‘The Italians in Libya,’ ‘Mussolini’s Gas’ and a biography of Haile Selassie.

Among other things, he was a professor of contemporary history at the University of Turin, and received three honorary degrees, from the universities of Turin, Lucerne and Addis Ababa.

One of his most successful books was ‘Italiani, brava gente?’ (Italians, Good People?), published in 2005, that dismantles piece by piece the myth that Italians are “incapable of cruelty.”