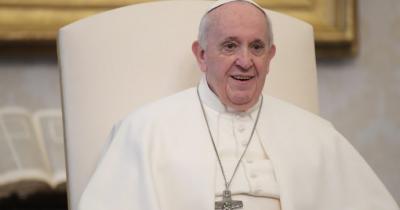 ROME - With Pope Francis still recovering in hospital following his colon surgery on Sunday, and no definitive release date given, it still remains to be seen if he will be able to continue his weekly Angelus addresses from a window of the Apostolic Palace next Sunday.

“Pope Francis rested well during the night. This morning he had breakfast, read a few newspapers and got up for a walk,” read a statement by the Vatican’s communications chief Matteo Bruno. “The post-operation progress has been normal. The routine checks went well.”

Two days after his scheduled colon operation for diverticular disease - which also involved a left hemiolectomy, a more delicate operation than was initially thought necessary - the Pope is thought to be well, but is being kept under observation longer than originally planned to monitor the 84-year-old patient.

The Vatican Secretariat of State has received hundreds of letters heads of state, ambassadors, cardinals, bishops and the faithful, sending good wishes and expressing hope for the pope’s full and speedy recovery.

A Vatican statement released on Wednesday read, "The Holy Father has continued to eat regularly and infusion therapy has been suspended. The final histological examination has confirmed a severe diverticular stenosis with signs of sclerosing diverticulitis. Pope Francis is touched by the many messages and the affection received in these days, and expresses his gratitude for the closeness and prayer."

The many well-wishers have including the Pope Emeritus Benedict, the Ecumenical Patriarch Bartholomew I of Constantinople and the Grand Imam of Al-Azhar, Ahmed El-Tayeb.

The Pope has not yet delegated any power to the Cardinal Camerlengo Kevin Joseph Pharrell, who is legislated to take over the running of the Vatican when the Pope is for whatever reason indisposed or absent, and will continue to govern the Church from his hospital bed, until at least Sunday.