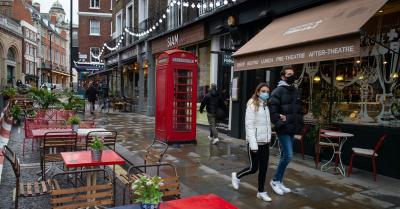 LONDON - Six months after the UK officially left the European Union, the country is facing a workplace crisis, with 188,000 jobs unoccupied, with British workers unwilling to take the minimum wage, zero hour contract jobs that are usually taken by foreign workers.

The problem is also only going to get worse from now, given that Wednesday was the deadline for applications for permanent residence - whoever doesn’t have Settlement Status now will be classed as an illegal immigrant.

Even if you have lived in the UK all your life, without Settlement Status you will lose access to healthcare, pensions and several other bonuses.

Over 5.5 million Europeans and more than 500,000 Italians have applied for Settlement Status but it is estimated that in London alone 100,000 Europeans are still waiting for a decision on their status.

“The government has given directives on who can continue to apply for legalisation even after June 30 but the devil is in the details,” said Monique Hawkins, of ‘The 3 Million’, an organisation which aims to help EU citizens living in the UK.

“It will take months before latecomers can receive permanent residency status as the government has a backlog of over 300,000 applications to clear. We are concerned about how these people will be able in the meantime to demonstrate their rights to apply for a job or rent a house, for example.”

Benedetto Della Vedova, the Undersecretary for Foreign Affairs, has said “we have raised the problem with the British government, and we were assured of attention and a pragmatic approach.”

The hospitality industry has been particularly badly affected by the situation. Before the pandemic, 85 percent of chefs in London were foreign citizens and 50 percent of the whole hospitality workforce were European.

Some estimates predict that up to 50 percent of all EU workers will not return to the UK after Brexit and the pandemic; some from choice and some who are simply unable, given the end to free movement of people and the strict entrance rules that now require a visa, a job and money in your pocket.

Gianluca D’Angelo, an Italian owner of two restaurants in London, said "There is a fear for the long-term implications in its various facets. We struggle to find specialised staff such as chefs and pizza chefs, which are difficult to find among the English population. The influx of Italians into London has decreased greatly.

“Once, when we advertised for an open position, we received 100 resumes of which 80 percent were Italian, now for the same position and with a significantly increased salary there will be maybe 15. So we created a school to teach the art of pizza making. We have already hired an English guy and we want to replicate the model on a larger scale although this is obviously an additional cost for us because we have to devote resources to training staff that we previously found on the market.”

There is a similar situation in the agricultural and construction industry, which are currently around 30,000 workers short. After Brexit, around 42 percent of European construction workers left - a problem for an industry which only around 4 percent English workforce.

The pandemic and Brexit has also massively decreased the number of foreign applications to British universities (apart from Oxford and Cambridge). According to UCAS, the number of applications from Europe for the academic year starting September 2021 has gone down by 40 percent (around 26,000 students).

A model developed by the British government has predicted that in total there will be 57 percent fewer European citizens in British universities, equating to a financial loss of around 70 million euros a year.