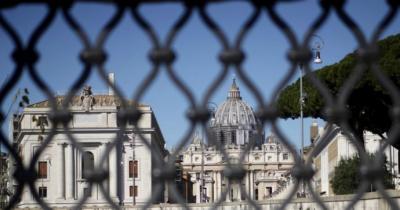 VATICAN CITY - In an unprecedented move, the Holy See has lodged a formal diplomatic protest against new laws proposed in Italy to fight homophobia and transphobia, arguing that they violate Catholics’ “freedom of thought.”

The Vatican, through the diplomatic channels of the Secretariat of State, has asked the Italian government to modify the bill against homophobia, currently being examined by the Senate Judiciary Committee, after approval in the Chamber of Deputies by 265 votes in favour and 193 against.

The draft law, known as DDL Zan (the disegno di legge first put forward by PD Deputy Alessandro Zan), proposes prison terms or community service of up to four years for people convicted of discrimination towards people of the LGBT+ community.

Italy and the Vatican have clashed several times before, in particular in regards to Italy’s legislation on divorce in 1974 and abortion in 1981.

In terms of DDL Zan, the Vatican have argued that “some of the current contents of the legislative proposal under consideration in the Senate reduce the freedom granted to the Catholic Church by article 2, paragraphs 1 and 3 of the revision agreement of the Concordat.”

The Vatican believe that this new proposed law would violate the Concordat, the treaty regulating relations between the Catholic Church and the Italian state.

The Secretariat of State recalled two points from the Concordat, the first being that “Italy recognises the Catholic Church’s full freedom to carry out its pastoral, educational and charitable mission of evangelisation and sanctification. In particular, the Church is guaranteed freedom of organisation, public worship, exercise of spiritual ministry as well as jurisdiction in ecclesiastical matters.”

The second is that “Catholics and their associations and organisations are guaranteed full freedom of assembly and manifestation of thought through word, writing and any other means of dissemination.”

Though sending a note of protest to the government like this is an unprecedented move by the Vatican, it is not unheard of that Pope Francis speaks out against the government. While serving as the Archbishop of Buenos Aires in 2010, Bergoglio clashed with the Argentinian government regarding their laws on the equivalence between marriage and homosexual unions.

On the topic of the anti-transphobia laws, Gualtiero Bassetti, President of the Episcopal Conference of Italy (CEI), has said, “a law that intends to combat discrimination cannot and must not pursue the objective with intolerance, questioning the reality of the difference between man and woman.” He added, “in recent months, several doubts have surfaced about the text of DDL Zan regarding violence and discrimination on the grounds of sexual orientation or gender identity, shared by people of different political and cultural horizons. It is necessary that such an important text grows with dialogue and is not a tool for ambiguous interpretations.”

Several members of the Church, including Bassetti, and right-wing political parties such as the League and Fratelli d’Italia have fought against this bill on the grounds that there is already a law permitting prosecution of agents of homophobic discrimination, the Mancino Law. However, many PD politicians and LGBT activists have argued that this law, signed in 1993, is outdated and not enough. It doesn’t cover any kind of sexist, transphobic or disablist discrimination.

Some have argued that the new law would violate the sacred distinction between man and woman, and would oppress Catholics' freedom of belief, but the law doesn't criminalise belief, only discriminatory action.