Italy conquer Switzerland and fly into round of 16 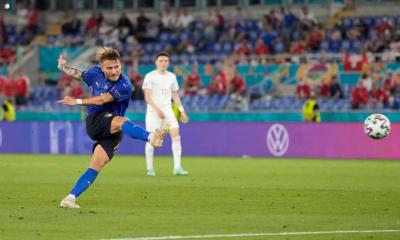 ROME - Italy have become the first team in Euro 2020 to qualify for the round of 16 after their convincing 3-0 victory over Switzerland at the Stadio Olimpico on Wednesday night.

The match marked Italy’s tenth clean sheet victory in a row, and with their impressive win over Turkey last week, they are increasingly becoming bookie’s favourites for the tournament.

Italy first got the ball into the back of the net after just 19 minutes, but VAR ruled that Italy’s veteran centre-back Giorgio Chiellini had handled the ball from Lorenzo Insigne’s corner before burying it through the keeper’s legs.

However, there was no denying Italy’s second goal - Domenico Berardi driving into the penalty box and cutting it back through a horde of Swiss defenders to the feet of Manuel Locatelli for an easy finish.

It was Locatelli to also double Italy’s tally in the 52nd minute. Italian pressure had pushed Switzerland back into their penalty box allowing Nicolo Barella to deliver a simple pass to Locatelli waiting just outside the box, who had plenty of time to line up a shot and smash it into the bottom corner.

Lazio’s Ciro Immobile got the final goal in the 89th minute, a goal perhaps as important for his confidence as for his country after missing a couple of good chances in the second half. His moment finally came when Rafael Toloi won the ball back in the Swiss half and passed it to Immobile for him to hit it past the keeper from outside the box.

Switzerland’s best chance came when a series of neat passes in Italy’s box gave Steven Zuber to have two shots at goal from close range, though both well saved by Italy’s keeper Gianluigi Donnarumma.

Though Switzerland’s was a spirited performance, they were outplayed by an experienced Italian side who have developed a smooth, attacking football with a rock solid defence.

Italy’s final group stage match will be against Wales on Sunday, when Switzerland will also be playing Turkey, a match in which they will need a win to have any chance of going through to the round of 16. 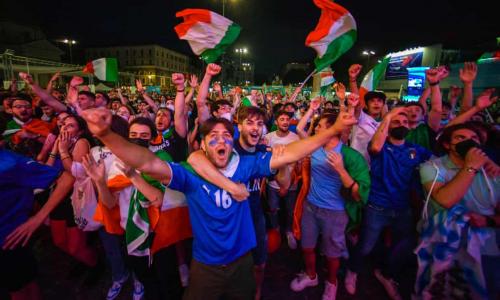