BOLOGNA - In its intense activity of organising live concerts, the International Museum and Library of Music has brought music and musicians from all over the world to Bologna, UNESCO Creative City of Music. Its exhibition halls are now open to all web users who, for reasons of study, interest or curiosity, wish to approach the history of European music documented through about one hundred portraits of illustrious figures, more than eighty ancient musical instruments and a wide selection of historical documents of enormous value: treatises, volumes, opera libretti, letters, manuscripts and autograph scores.

Thanks to the new immersive virtual tour VN 360° which the Italian-Japanese communication studio Veronesi Namioka has designed and created for the museum, with a simple click on the website www.museibologna.it/musica you can take a panoramic virtual tour of the entire exhibition, which since 2004 has been located on the first floor of the splendid 16th-century Palazzo Sanguinetti in Strada Maggiore 34. The tour begins in the reception area used as a ticket office and bookshop, just as if you had just crossed the threshold of the physical entrance to the museum, and ends with a last look at the second internal courtyard, famous for the magnificent frescoed landscape painted on the back wall, with a trompel'oeil perspective, by Luigi Busatti in the 19th century, and for the square flowerbed at the corners of which lush banana plants stand out.

Various digitization projects have been already promoted involving part of the bibliographic heritage preserved in the adjacent library - among the most prestigious and composite collections of musical resources in the world, with a collection of more than 100,000 items, including printed music repertories from the 16th to the 18th century, incunabula, manuscripts, opera libretti, as well as the collection of autographs and letters of Father Giambattista Martini, who became known throughout Europe as a distinguished theorist and excellent teacher - the Music Museum is the first among the civic museums of Bologna to be accessible with this type of multimedia narration, thus significantly expanding computerised access to the entire heritage of musical assets owned and preserved.

With this new immersive virtual experience that provides a 360° view of the visit, the museum renews its vocation as a lively, multifunctional and interactive place, frequented by professionals and enthusiasts as well as tourists, adults and children, with a single common denominator: music in all its forms and expressions.

In the complex and extraordinary historical phase marked by the onset of the Covid-19 pandemic, among the plurality of open questions that museums have had to face regarding the role and social value of their actions, the process of change that has invested digital communication and the extraordinary impulse to use it appears to be taking root in an increasingly deep and structural manner. The rapid expansion of the cultural offer on the web during the lockdown has definitively shown to the general public how wide and emotional the range of possibilities for offsite use and remote travel through cultural sites can be.

Aware that the design of content must increasingly focus on the centrality of users and their different needs and interests, the Istituzione Bologna Musei intends to promote more integrated service models which, without claiming to be a totally equivalent replacement, combine the physical experience of visiting the museum with the wealth of potential offered by digitalization as a cultural, educational and entertainment tool and as a means of accessing its permanent collections beyond the confines of the exhibition. A new form of storytelling to broaden the range of information on heritage and make the public more aware and eager to approach it.

The VN 360° project is the result of the active collaboration between the Istituzione Bologna Musei, the Museo della Musica and the Veronesi Namioka studio, led by Fuyumi Namioka and Silvia Veronesi and composed of a staff of anthropologists, communicators and art experts. The virtual tour is thus the result of a fusion of cultural-artistic skills and latest-generation digital technologies, which make it possible to integrate the exhibition offerings of the physical museum with emotional and multimedia virtual experiences, in close synergy with the expertise of the museum staff, who oversaw the information content, in Italian and English, on some of the most valuable assets on display to the public and the sound contributions selected to punctuate the story through images.

A project where the user is at the centre of the experience. This is the specificity of the technology that uses interactive panoramic photos to be explored through 360 degrees with very high resolution images: that of not having a frame, where the dominant aspect to be considered is the subjectivity that leads the public to feel immersed in the museum spaces. Every aspect has been designed with the aim of creating synergy between the physical museum and the virtual museum, which can be enjoyed from every corner of the world with a common browser and accessed from any type of device connected to the internet, creating increasingly fluid transitions between traditional and innovative experiences.

Until yesterday, there were ten good reasons to visit the physical spaces of the museum and discover instruments of rare manufacture as well as unique artefacts - such as the autograph manuscript Quaerite primum regnum dei that a 14-year-old Wolfgang Amadeus Mozart presented for the admission exam to the Accademia Filarmonica in Bologna in 1770 or the chamber musician's dressing gown that belonged to Gioachino Rossini - today, thanks to the VN 360° itinerary, there are many more, where, by virtually clicking on a historical instrument, it is possible to listen to its music or visit areas that are normally inaccessible during a physical visit, such as the lantern that illuminates the illusionary arches of the scenographic staircase or the architectural details of the rooms and ceilings frescoed between the end of the 18th and the beginning of the 19th century by Vincenzo Martinelli, Pelagio Pelagi, Serafino Barozzi and Antonio Basoli, among the finest examples of the Napoleonic and Neoclassical period in Bologna.

Studio Veronesi Namioka's direction has provided graphic references to identify the information and sound contents of the itinerary, allowing potential audiences to walk through the museum spaces virtually, guided by a virtual map while enjoying the exhibits, thereby encouraging an intention to plan a future physical visit to the museum, during a trip to the city of Bologna, or vice versa, to return virtually to visit the rooms, after having visited them physically, from the sofa at home in Seattle or Singapore. Anywhere, anytime. 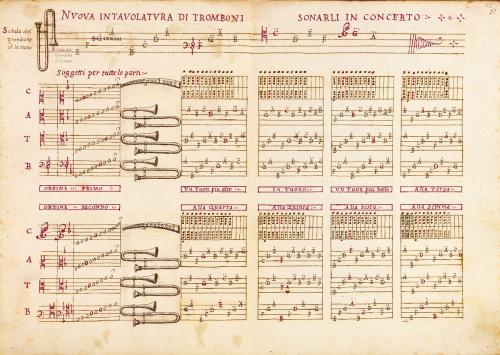