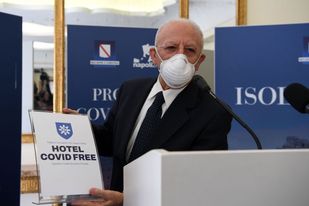 NAPLES – The regional Governor of Campania, Vincenzo De Luca, has urged the Rome central Government to increase the supply of vaccines to the southern region as local health authorities accelerate the pace of jabs being administered In the tourist-famed areas of the Amalfi coast and the Sorrento peninsula.

“Regarding vaccines, we had 230,000 fewer doses in the first five months of the year than in other regions,” President De Luca told the Italian Insider. “We strongly demanded that this imbalance be fixed.”

“We ask that Campania, which has the youngest population in Italy, now have more vaccines, just as Campania had accepted with responsibility before that more vaccines be given to the regions with the greatest number of elderly,” he said in an interview.

“We have a huge potential for vaccinations,” president De Luca added, “it all depends on the vaccines that are delivered to us. We have managed to administer over 70,000 doses per day, and we could have done much more if there had been, as was desirable, an additional supply of vaccines to the one coming from Europe.”

Campania last month began creating Covid-free tourist resorts by vaccinating the entire populations of the islands of Capri, Procida and Ischia. Now Sig. De Luca, a leader of the centre-left Democratic party, is extending the battle against the virus to other areas attracting foreign  visitors.

-- Italian Insider: President De Luca, after a terrible year and a half of pandemic, we start again. Tourism is and has the right to be one of the main players in the recovery of Italy and even more so of Southern Italy.  And today it makes use of an ad hoc ministry.

-- Vincenzo De Luca: “Yes, it's been a terrible year and a half.  We had to manage a new enemy for everyone, and we had to do it in Campania with determination and making hard but inevitable choices.  We are now in a phase that cannot be compared to that of a year ago.  We are in the midst of the vaccination campaign, we know the virus better and we know what should not be done.  The country is exhausted but ready to start over.

“In this context, tourism represents a priority for Campania to restart, in safety.  We have always started from a premise: to open everything but forever, not for pretense, and to find a balance between health protection and economic needs.  Any system of half measures is wrong.  Hence the decision, not easy but convinced to leave, parallel to the vaccination campaign in progress, with targeted vaccinations on the islands and on the coast of Campania, where our extraordinary tourist attractions are concentrated, which the world envies us .”

-- II: Often with the central government, you have complained about the lack of attention to the problems of southern Italy and Campania. Much fewer resources are allocated here than those destined for the North in all area. Not least on vaccine supplies. Is anything changing today?

-- VDL: “Let us always remember that Campania had more problems to deal with. We are the region with the highest population density in Italy, perhaps in Europe. Nothing was enough for the situation to get out of hand. We had and still have 15,000 fewer employees than in other regions, and the lowest health fund. I have often said so.

“It was a miracle to have passed the first and second waves. And this is why we are still cautious today, even if we are in a new, completely different phase.”

“The vaccination campaign started five months ago, and we are proud of the results we are achieving, for which once again, and for all they have done in the last year and a half we must thank doctors, nurses and all the health personnel who have acted heroically. We didn’t make pointless polemics, we fought. To get what we were entitled to.”

“Regarding vaccines we had 230,000 fewer doses in the first five months of the year than in other regions.  We strongly demanded that this imbalance be fixed. Just as we now ask that Campania, which has the youngest population in Italy, now have more vaccines, just as Campania had accepted with responsibility that more vaccines be given to the regions with the greatest number of elderly.

-- II: Campania in the pandemic phase was among the most virtuous regions today on the vaccination front.

-- VDL: Today we are the most virtuous region also in this regard, precisely for what I said before. We have a huge potential for vaccinations, it all depends on the vaccines that are delivered to us.  We have managed to administer over 70,000 doses per day, and we could have done much more if there had been, as was desirable, an additional supply of vaccines to the one coming from Europe.

-- II: Your first important act for the promotion of Campania were the Covid free islands. This measure will soon concern the Sorrento and Amalfi peninsula, Cilento and other tourist destinations.

-- VDL: “We started with Capri, a global brand.  Vaccinating the entire population and those who work on the island was a good decision that brought results in terms of promotion around the world.”

“Then also Ischia and Procida, named Italian Capital of Culture for 2022. We are continuing with the entire coastal strip of Campania, the Sorrento peninsula, the Amalfi one, Cilento, the Campi Flegrei. It was a measure to be taken and completed in May, not later.  Now tourism can count on reservations for the whole summer. This will breathe life into the economy not only of Campania, but of the whole of Italy.”

-- II: Campania remains at the top of the "wish list" of Europeans and among the favourite destinations of world tourism. Undoubtedly for its "Great Beauty" to quote the title of an Oscar-winning film, rich in artistic and cultural heritage, green environments and rediscovered villages. From coastal areas to inland areas, in short, you are lucky.

-- VDL: No other place in the world is able to offer what history, nature and culture have given to Campania.  Here we have the islands, the pristine sea, history, Pompeii, Paestum .. we have Sorrento, Ravello, Amalfi, Positano .. extraordinary villages in the hinterland, we have unsurpassed gastronomy, indeed food and wine ... here tourists find everything they could wish for.  And many high quality events, from exhibitions to concerts

-- II: You have always stressed the ability of the North to make wealth from tourism. In this regard, that is, the ability to organise oneself, to create a system, to welcome, do you think there is work that still needs to be done in Campania?

-- VDL: This is what Campania has always lacked, the organisation. Great environmental and cultural riches but great difficulties in the past in organising an efficient and compatible tourism system. A lot has already changed in recent years, indeed now, despite the closures of Covid, the results of a completely new approach and tourism policy will begin to be seen.

II: Major events represent an extraordinary assistance to encourage tourism in Campania.  Will you focus on this again for the recovery?

-- VDL: Absolutely. And already this summer. We already have high quality and internationally important events in the field. The Campania Teatro festival is about to begin, then the Ravello festival, the Estate da Re at the Royal Palace of Caserta, and all these events are part of the larger celebrations for Enrico Caruso's centenary, for which we have organised an extraordinary programme of events.

-- II: Small town and coastal Italy will be winners, with Procida, which will be the Italian Capital of Culture 2022. Out of 10 finalist cities, 5 in the South, 3 in the Middle and 2 in the North.

-- VDL: To the initiatives I mentioned earlier, an extraordinary calendar of events will be added, which will start already this year, for this enormous victory, with Procida the 2022 Capital of Culture. We have already been at work for over a month, and I assure you that it will be another great opportunity to restart the tourist economy of the whole Campania.

-- II: You have always pushed for strong promotion to communicate the attractiveness of the Campania tourism product abroad. What projects do you have in place?

-- VDL: Each initiative will have its own promotional campaign, but always included in an overall context of the offer.  We will use all media, traditional and innovative.

-- II: And finally, what would be President De Luca's favourite holiday destination?

VDL: Campania. I would say above all, Campania. 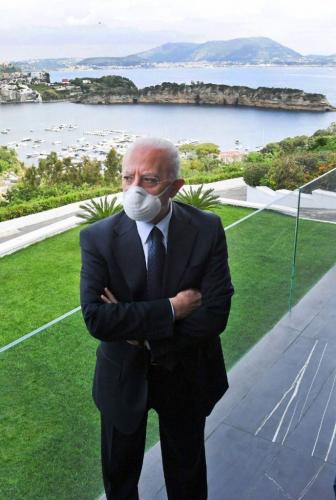 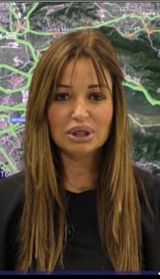