Ambassador in Cetara to record Algeria’s historic link with area 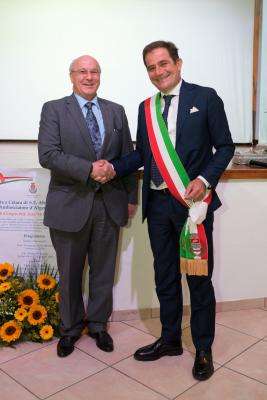 CETARA - The Ambassador of Algeria, HE Ahmed Boutache, accompanied by his institutional delegation, was welcomed in Cetara, on the Amalfi Coast, to remember the historic connection between this small town and Algeria -  linked by the emigration of a large number of Italians during the first half of the 20th century looking for sustenance through fishing.

The Ambassador and his delegation were shown a preview of the documentary entitled "Cetara-Algeria: between history and memory", which collects testimonies, writings, photos and interviews with the direct descendants and relatives of the people who moved to the Algerian coast in the early 20th century.

Subsequently there was a visit to the Cantina della Colatura di Alici Museum in Cetara, at the Viceroyal Tower.

"An emotional ceremony that awakes the brilliant past that unites us. This meeting will be a valid reason to start a cultural journey aimed at strengthening the history that binds Cetara to Algeria. The missing link of a migration that has built the identity of a people that, today, we still have the time to tell and the duty to pass on to future generations,” commented Mayor Fortunato Della Monica.

Ambassador Boutache wanted at all costs to greet the mother of the mayor of Cetara, Donna Maria Antonietta Galano, a woman who at 90 remembers very well her youth spent in Algeria and to whom she promised to return soon to launch new initiatives aimed at keeping the memory alive of those Cetarese who found in Algeria a new life, in those years of hunger and economic crisis.

Thus, Cetara becomes a significant example, worldwide, regarding the studies of migration. The Cetarese brought the various shores of the Mediterranean into contact: they moved from their village, however, never forgetting the point of origin and their roots, to enhance the place where they settled, transferring their knowledge and their entrepreneurial spirit.

The Mayor reminds us that in 1907 a navigation service was established with the Mauritania steamer that connected the port of Cetara with the port of Algiers which always showed itself welcoming towards the Cetaresi, thanks to their experience in fishing, the primary resource of the area.

The initiative was organised in collaboration with the BMTA, Mediterranean Stock Exchange of Archaeological Tourism, whose Director Ugo Picarelli promoted the meeting, in Salerno, between the Ambassador of Algeria in Italy, Ahmed Boutache and local authorities. 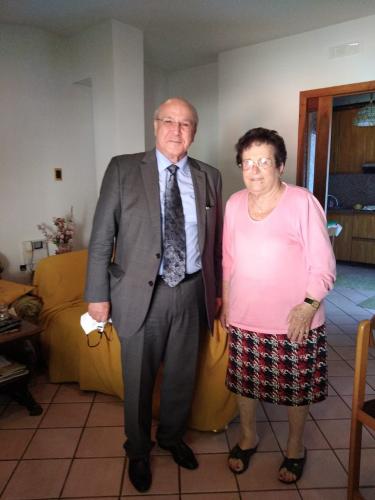