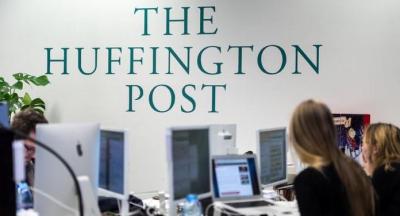 ROME - GEDI Gruppo Editoriale S.p.A. has reached a preliminary agreement with the Huffington Post to purchase 51 percent of shares in HuffPost Italia, bringing their total up to 100 percent. They will purchase all the remaining shares from Huffington Post LLC, a subsidiary of the BuzzFeed Group.

Huffington Post Italia was launched in 2012 as an Italian language off shoot of the worldwide online newspaper Huffington Post, which was founded in 2005. The Italian language version was lauched in conjunction with Gruppo Editoriale L'Espresso (who in 2017 changed their name to GEDI Gruppo Editoriale), under the direction of journalist Lucia Annunziata. She served as Chief Editor until April 2020 when Mattia Feltri took over.

The value of the sale was not disclosed by GEDI or HuffPost, but they announced the transaction will be completed by the end of the third quarter.

In a statement, the company said, "GEDI will guarantee editorial continuity through an exclusive licence for Italy of The Huffington Post brand and its appointee concessionaire A. Manzoni & C. [a subsidiary of GEDI] will manage its advertising revenue."

Mattia Feltri said, "this is extraordinary news for HuffPost: becoming one hundred percent part of GEDI Gruppo Editoriale will allow us to imagine and plan a future, where independently and in our specific manner, we can finally become fully synched and enjoy synergies with the other publications, adhering to the business plans that are indispensable for innovating and creating information in step with the times and market."

GEDI's CEO, Maurizio Scanavino said, "this operation completes the successful undertaking that began 9 years ago, and which has built up a name of primary importance in the Italian information context. Under the leadership of Mattia Feltri and using the technology platform that GEDI is developing for all its brands, the publication can now develop its own potential to offer an innovative, original and appealing product."