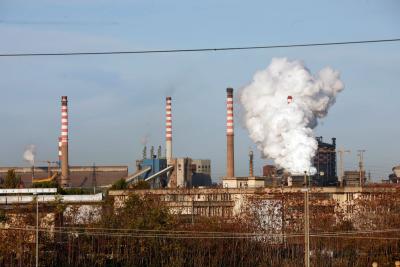 TARANTO - The Court of Assizes of Taranto have sentenced the former owners of the Ilva steel plant in Taranto, Fabio and Nicola Riva, to 22 and 20 years imprisonment respectively. Various reports by Italian health authorities found that the plant was emitting dangerous levels of pollution and causing a massively higher incidence of cancer and respiratory disease in the surrounding areas.

It was the biggest steel plant in Europe and was at one point producing 10 million tonnes of steel a year.

Prison sentences were also handed down to 24 other former consultants, managers and local politicians, who played a part in allowing the “environmental disaster.” Nichi Vendola, the President of Puglia from 2005-2015, was given a three and a half year sentence for his involvement.

The Riva brothers have said they will appeal the sentence, a process that will no doubt take years, with the brothers being allowed two appeals before the sentence is definite.

The plant is still active, though its future is far from certain. After an investigation into the dangerous pollution at the plant in 2012, the Italian government began to intervene, forcing the Riva Group to either clean up their act or shut it down. In 2015 the Italian state seized the factory, in order to protect the thousands of jobs, and sold it to ArcelorMittal in 2018, after almost a year of deal discussions.

However in 2019, ArcelorMittal began to back out of the deal and it is now once again owned by the state. Plans to shut down the plant in 2019 were thwarted by legal and political pressure.