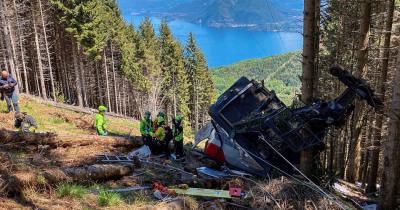 LAKE MAGGIORE - As many as 14 people have died after a cable car derailed and crashed to the forest floor of Mount Matterone in the Piedmontese Alps.

Two children, aged nine and five, survived the initial crash and were rushed to Turin's Regina Margherita hospital, but the older died a few hours later from the injuries. Despite traumatic injuries the younger child is still alive, the only survivor of the crash that killed four families, including a family of Israelis, enjoying one of the first weekends of national reopenings. The sole survivor is believed to be an Israeli boy, identified by the Israeli foreign ministry as Eitan Biran. His family and grandparents were killed in the crash.

An Israeli born couple, from Pavia, also died in the crash with their young son.

The cable car was travelling from Stresa, on the shores of Lake Maggiore, to the top of Mount Matterone. It crashed, at around midday on Sunday, just 100 metres before the final pylon in front of the station, falling several metres into the trunks of two fir tree. It is as yet unclear why the car came off the rails.

Alpine rescure, fire fighters and Carabinieri rushed to the scene, though struggled to reach the crash sight as the cable car fell into one of the least accessible areas of the mountain.

Speaking after the tragedy, Prime Minister Mario Draghi expressed his "profound sadness," and offered the "condolences of the entire government." He appealed "for strict compliance with every safety standard, for all conditions relating to passenger transport."

The Transport Minister, Enrico Giovannini, has announced a commission to investigate the causes of the tragedy. Preliminary investigations by the company that operates the service revealed a broken cable, which caused the car to retreat just as it was nearing the summit of the mountain, before hitting a pylon and crashing down into the mountain.

The cable car route was built in 1971 to offer panoramic views of the beautiful alpine surroundings, and from 2014 to 2016 was closed to undergo renovations. Following lengthy closures as a result of the pandemic, the route only reopened in late April of this year.

According to the operating combany, the cables and car undergo regular maintenance and checks, the last being in November 2020. Electromagnetic technology is used to check for anomalies in the cable, but none were found.

Valeria Ghezzi, President of Italy's National Association of Cableway Operators (ANEF), has said that general maintenance needs only to be carried out every 15 years, or more, and that "in this case only five years had passed [since the last maintenance operations] and so it would be crazy if this disaster happened as a result of worn out material... In our industry the issue of security is primary and I don't know of any cases in which maintenance is neglected. We are aware that we transport people hanging from a wire." 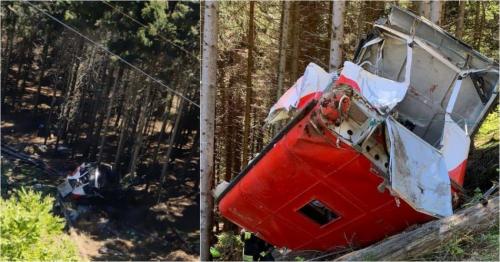 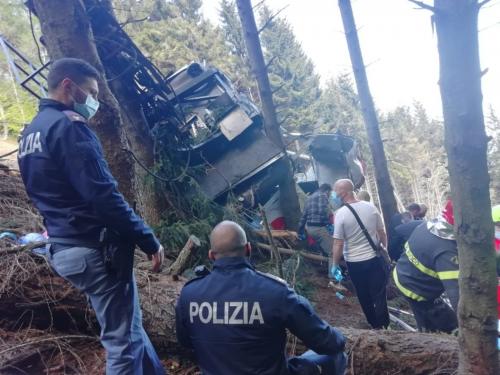