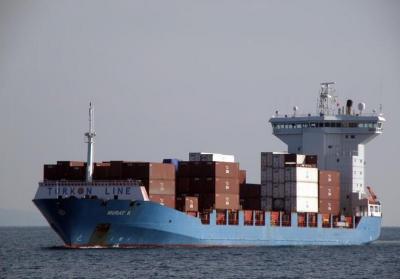 LIVORNO - Port workers and authorities in the Tuscan port of Livorno have refused to set sail on the ship Asiatic Island after it was discovered that it held a cargo of arms and explosives headed for the port of Ashdod in Israel.

The ship arrived into the port of Livorno on Friday, and trade unions and the port authority immediately investigated the cargo after they were informed of its nature by the port workers of Genoa (from where the ship had just arrived) and Weapon Watch, an observatory on weapons passing through European ports.

Giovanni Ceraolo, Livorno’s representative of the Unione Sindacale di Base (USB), said, “as a trade union but above all as workers, we have decided to say stop. Whenever we are aware of the loading, unloading or passage of armaments in our port, we will intervene, we will call the competent organisations and if it comes to loading and unloading we will refuse, and if necessary declare a strike so that weapons do not pass through the port of Livorno which will then go on to kill civilians, wherever this happens.” In a statement, the USB expressed support for the Palestinian people in their fight against Israeli forces.

Weapon Watch has asked the Italian government, as well as the port and customs authorities in Genoa and Livorno, to clarify the nature and origin of the cargo, and particularly if they were “aware of the fact that high precision bombs” had embarked from Genoa to Israel (via Livorno) and “if authorisation had been granted for these goods under law 185 of 1990.”

The union S.I. Cobas, on behalf of the port workers of Naples, issued a statement on Saturday saying that they “unite in the fight against the handling of weapons that go through our ports. Weapons that serve to feed wars and profits against the Palestinian people, who for years have suffered a merciless repression by Israel.”

The statement concluded, “our hands will not be bloodied for your wars.”