Court rules on 812 councils on brink of bankruptcy 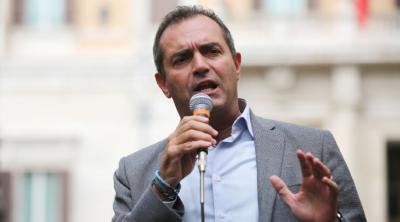 NAPLES - The Mayor of Naples Luigi De Magistris has denied rumours that he will resign amidst reports that several Italian councils, including Naples, Turin and Palermo, are on the edge of bankruptcy and face punishment from the Constitutional Court, reports Il Mattino.

De Magistris said, “the false claims regarding my possible resignation are lacking any foundation. I will reach the end of the term and then become president of the region of Calabria.”

Naples, which Il Mattino reports as having 270 million euros debt, is one of 812 Italian town and city councils (of just under 8,000) who are on the brink of defaulting on their debt repayments. A sentencing by the Constitutional Court on April 29 ruled that these communes did not have, as was previously decided, 30 years to repay their debts, but instead three, or until the end of the mandate of the current president or mayor of the commune (five years maximum).

The Court ruled that it was not right for the communes to be stockpiling their debts, hoping to spread them out over many years or leave them for future generations. Communes may now have to sell their real estate assets to the Cassa Depositi e Prestiti (the government’s investment and loans fund) and assign all non-essential public assets to the commune in order to repay debts.

De Magistris said, "The decision by the Constitutional Court, which we respect, is in my opinion wrong and the time has come for the Government to address in a decisive way the issue of communes in greater economic and financial difficulty, not as a result of their responsibility but this legal situation and the pandemic.”

This is the second time in less than a year that the Constitutional Court made a sentencing regarding communes’ finances. In 2020 it ruled that in the practice of using the State’s liquidity advances to write down the debt and not to pay providers was illegitimate.

These two rulings have shocked many of the political class who are convinced that the councils’ debt problem can be systematically circumvented by using extensions and delays, leveraging on events such as the pandemic.

Il Mattino reports that of the 812 failing councils (and their 10 million inhabitants), 627 are in the South of Italy.