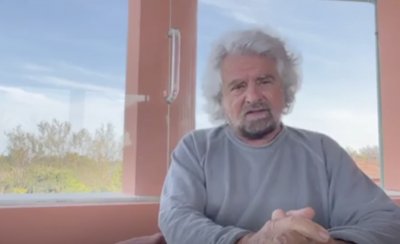 ROME - Beppe Grillo, the former comedian and founder of the 5 Star Movement (M5S), has caused much consternation, even within his own party, after posting a video on to his Facebook page in which he defends his son accused of gang rape.

Ciro Grillo, now 20, is accused of raping a 19 year old student with three of his friends in July 2019 at a party at Grillo’s house in the affluent Costa Smeralda region of Sardinia. All four of the boys, Grillo, Edoardo Capitta, Francesco Corsiglia and Vittorio Lauria, deny any wrongdoing, insisting that everything was consensual, though the girl describes being “grabbed by the hair” and “forced to drink half a bottle of vodka” against her will, while her friend, with whom she was partying, was asleep.

The boys then forced her into “sexual relations”, “profiting from her condition of psychological and physical inferiority” - even losing consciousness for an extended period of time.

All of this was revealed in an investigation which was however closed by the magistrate in November 2020. The defence then began their investigations, with the prosecution being ready to bring the case to court.

In the last few days, Ciro and his three friends have all been interrogated by the head prosecutor in Tempio Pausania, Gregorio Capasso.

In the wildly angry video Beppe Grillo posted to his Facebook page on Monday, M5S’s former leader spoke for the first time in two years about the events of 2019 and the investigation. “By now it’s been two years, I am sick and tired. If you are going to arrest my son because he has done nothing, then arrest me as well because I will go to jail.”

He continued, in what seemed to be an attack on the press, “My son is in all the newspapers as a serial rapist, together with the other three boys. I want to ask why a group of serial rapists, including my son, were not arrested. The law saws that rapists should be arrested and put in jail and interrogated in jail. They have been free for two years, I would have brought them to jail and kicked their asses. So then why have you not arrested them? Because you have realised that it is not at all true, there was nothing because it seems strange to you that someone who was raped files a report eight days later.”

In addition to the delayed filing of an accusation by the victim, Grillo also cited a video filmed during the evening, “there is the whole video, step by step, we see that she is consenting, we see that the group is smiling, that there are kids of 19 years old who are enjoying themselves, they are in their underwear and bouncing around with their dicks out because they’re four morons, not rapists.”

The video has caused quite the reaction in Parliament. Maria Elena Boschi, the Italia Viva member of the Chamber of Deputies said in a video posted to Twitter, “it is a scandalous video. It is not up to me to say who is wrong and who is right, for that there are magistrate, but that Grillo uses his political power to absolve his son is shameful… his words are full of machismo, when he says that the girl is substantially a liar because it took eight days to report the crime does wrong to women victim to violence because Grillo maybe does not know the pain that women go through that at times even takes weeks to overcome.”

The vice secretary of the Democratic Party (PD), Peppe Provenzano, wrote on Twitter, “Grillo’s words are unacceptable, all our solidarity to the girl… That video is simply unbelievable and to be condemned.” 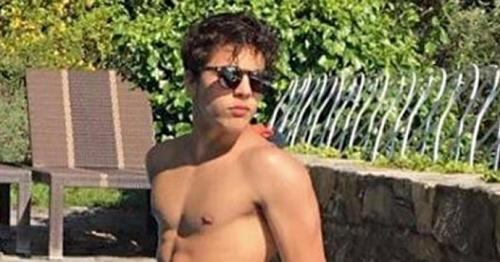