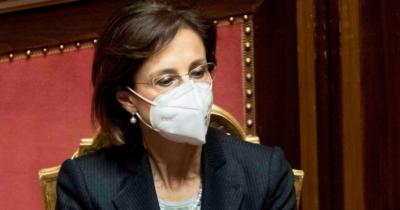 ROME - Italian Justice Minister Marta Cartabia has opened a file on the inquest of the Trapani prosecution into the links between NGOs and people traffickers after several accusations that law enforcement were tapping journalists’ phones.

Conversations between journalists and their sources were allegedly being listened in on, which is illegal if neither of those in the conversation are under criminal investigation, and violated the right of the press to protect their sources.

The Justice Ministry has opened this file to “undertake with urgency the necessary preliminary findings.”

The inquest, started in 2016 by the Trapani public prosecutors, was investigating people trafficking during the Mediterranean migrant crisis, and illegal immigration allegedly aided by NGOs. Of particular interest to the investigation was the work of Save The Children, Doctors Without Borders and Jugend Rettet, whose migrant rescue ship Iuventa was sequestered.

However several journalists, reporting at the time on the conditions of the Mediterranean migrant route and Libyan migrant camps, also had their phones tapped.

One of the most notable cases was that of the freelance journalist Nancy Porsia, an expert on Libya. Her phone calls with her lawyer Alessandra Ballerini were intercepted, in which she expressed worry about threats she received from Al-Bija, the notorious Libyan people trafficker.

“The enormous damage of having made public the journalists’ conversations is that sources will now talk to us less and public opinion will be less informed on what is happening to migrants in North Africa,” said Nello Scavo, another journalist wiretapped by the Trapani prosecutors, who also received threats from Al-Bija for his reports, and has been living under protection since 2019.

Raffaele Lorusso, secretary general of FNSI (Italian National Press Association), has said “we thank the Minister of Justice, Marta Cartabia, for having ordered the search of the inspectors of the public prosecutors of Trapani. We need to shed light on an disturbing and unacceptable affair. It is not enough to say that these wiretaps will be destroyed, we need to clarify and explain why numerous journalists not under investigation for any crime were subjected to wiretaps.”

He continued, “the wish is that this affair can represent an impetus for the Italian parliament to review the legislation in the sense of giving more protection to the freedom of the press and removing obstacles: we need not only to guarantee the protection of sources, but also to counteract the gagging lawsuits and abolish any possible prison terms for journalists.”