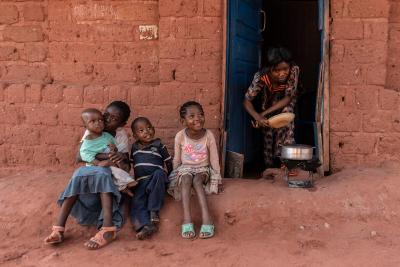 ROME –  In the Democratic Republic of the Congo (DRC), the food security situation remains dire with one in three people – a record high - suffering from acute hunger, two United Nations agencies, the Food and Agriculture Organization (FAO) and the World Food Programme (WFP) warned today.

The number of people affected by high acute food insecurity in the DRC is estimated at 27.3 million or one in three people, including nearly seven million people grappling with emergency levels of acute hunger (IPC 4), according to the latest Integrated Phase Classification (IPC) analysis.

This makes the central African country home to the highest number of people in urgent need of food security assistance in the world.

“For the first time ever we were able to analyse the vast majority of the population, and this has helped us to come closer to the true picture of the staggering scale of food insecurity in the DRC,” said Peter Musoko, WFP's representative in DRC. “This country should be able to feed its population and export a surplus. We cannot have children going to bed hungry and families skipping meals for an entire day.”

Conflict remains a key cause of hunger with large swathes of the conflict-affected eastern provinces of Ituri, North and South Kivu and Tanganyika, as well as the central region of the Kasais, the scene of recent conflict, the worst hit. Other key factors compounding this crisis include the slump in DRC’s economy and the socio-economic impact of COVID-19.

“The recurring conflicts in eastern DRC and the suffering they bring remain of great concern. Social and political stability is essential to strengthen food security and boost the resilience of vulnerable populations. We need to urgently focus on growing food where it is needed most, and on keeping people’s sustenance-giving animals alive. The main agricultural season is around the corner and there is no time to waste,” said Aristide Ongone Obame, FAO Representative in DRC.

Behind the numbers are the stories of parents deprived of access to their land, or forced to flee for their lives, watching their children fall sick for lack of food. WFP staff have met families who have returned to their village to find their home burnt to the ground and their crops entirely looted. Some have been surviving by eating only taro, a root that grows wild, or only cassava leaves boiled in water.

The most affected populations are mainly the displaced, refugees, returnees, host families and those affected by natural disasters (floods, landslides, fires) as well as female-headed households. Added to this are the poorest populations in urban and peri-urban areas and those living in landlocked areas with low purchasing power and access to food through markets.

FAO and WFP call for urgent intervention to scale up support to Congolese in crisis areas.

FAO is focusing on increasing households’ access to tools and seeds; providing quality livestock, which plays a key role in improving nutrition; supporting food processes and storage; and helping small farmers in the fight against animal and plant diseases. This year, FAO aims to provide life-saving livelihood assistance to 1.1 million people in areas affected by high acute food insecurity.

As part of its famine prevention work, WFP is providing life-saving food to 8.7 million people in DRC. In addition, WFP needs notably to be able to continue its work in the prevention and treatment of malnutrition, which affects 3.3 million children in DRC. Malnutrition in early childhood affects children for the rest of their lives, impairing their ability to realise their full potential and contribute to their communities.

In a move towards a longer-term solution, FAO and WFP are investing in resilience building projects that support community farming to boost yields, reduce losses and spur access to markets. These projects help communities build their lives and create a pathway to peace. 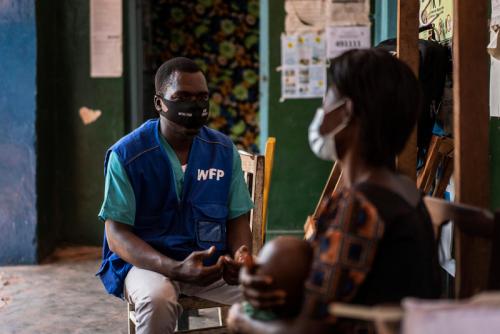