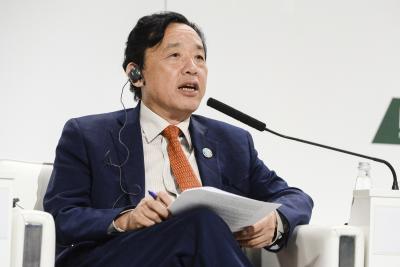 ROME – A move by Western countries to curtail the powers of Director General Qu DongYu at the next plenary Conference jamboree of the UN agency has failed, diplomatic sources said Saturday. Western countries sought to take control of the bureau of the Conference, a closed committee which takes some decisions on behalf of the plenary conference, mainly the right of countries in arrears on their dues to FAO, which lost the right to vote as a result, to have their voting rights restored and take part in elections.

The dubious restoration of rights of those members in arrears by this closed bureau played a major part in the narrow electoral victory of the previous Director General, mercurial Brazilian José Graziano da Silva, as the Italian Insider reported at the time.

An attempt to reform the bureau was a consummate flop, illustrating the impotence of Western countries in the presence of a third world tidal wave of support for Mr Qu, the sources said.

Western diplomats also have been trying to no avail to introduce a code of conduct to establish ethical principles that would govern future elections.

In particular Western diplomats are concerned that secrecy cannot be guaranteed in electronic voting, details of which can easily be accessed by Chinese technicians. Only traditional ballot boxes can provide a measure of secrecy on the casting of ballots but under the excuse of lockdown voting is likely to be virtual, meaning ambassadors from few countries will dare to vote against Qu for fear of being cold-shouldered if their opposition becomes known.