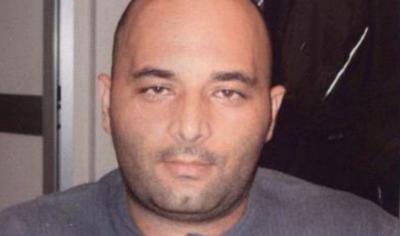 LISBON - The ‘Ndrangheta boss Francesco Pelle, one of the most wanted men in Italy, was on Monday arrested in a hospital in Portugal where he was recovering from Covid-19.

Pelle, also known as Ciccio Pakistan, had been on the run since 2019, when he escaped house arrest after learning of his life sentence with no parole for his involvement in the murder of Maria Strangio, wife of rival ‘Ndrangheta boss Giovanni Luca Nirta, who was injured in the attack.

Pelle is one of Italy’s eight "most dangerous fugitives", known to be one of the protagonists in the San Luca feud, an war between the Pelle-Vottari and Nirta-Strangio clans of Calabria, which has been going on since the 1990s.

The attack on Nirta and his wife, in December 2006, resulted eight months later in the Duisburg massacre in which six men associated with the Pelle-Vottari clan were murdered outside an Italian restaurant in Germany by the Nirta-Strangio clan.

The attack in December 2006 was in fact a retaliation to the attempted murder of Francesco Pelle in July of that year. Though he wasn’t killed, he sustained injuries that confined him to a wheelchair for the rest of his life.

He was first arrested, also in a hospital, in 2008 by the Carabinieri’s Special Operations Squad (ROS), led by Valerio Giardina and Gerardo Lardieri. From his hospital bed he was running his clan’s operations over Skype.

In 2017 he was let out of jail after the expiry of the terms of his trial, but was ordered to stay in Milan while he awaited sentencing. Upon hearing of his life sentence in 2019, he disappeared again. His criminal reach is clear from his ability to stay on the run for so long, twice escaping the police (in 2007 and 2019) and run his clan, while confined to a wheelchair.

The prosecution are working on his extradition back to Italy, though his current health conditions are uncertain.

Reggio Calabria prosecutor Giovanni Bombardieri said, “we never stopped searching for the fugitive. Thanks to the assistance of the ‘I-Can’ project, and with the collaboration of various foreign judicial and police forces, the Carabinieri of the operations department and the Carabinieri in Locri were on Francesco Pelle’s tracks for months. On many occasions we came close to his capture. Today finally he was arrested on the Iberian peninsula. Ciccio Pakistan was a very dangerous fugitive on the Interior Ministry’s special list. Now the investigations continue to understand how he managed to escape and who has helped him in these last two years.”