Catalent deny suspicious deliveries of 'iron and steel' to U.S. 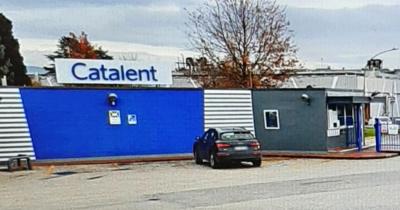 ROME - Another mystery has been added to the saga of the 29 million doses of the AstraZeneca vaccine ‘hidden’ in a Catalent factory in Anagni, after a report from the customs authority revealed a delivery of shipments of iron and steel to the U.S., which Catalent have denied.

Additional suspicions were raised by the customs authorities, as the ratio between the materials, weight and cost of the shipments didn’t seem to add up.

It is reported that between January and March at least three shipments were delivered from the Catalent factory in Anagni to Catalent Pharma Solutions in Philadelphia. Catalent have denied any deliveries to the U.S., but the delivery report from customs, as report by Il Fatto Quotidiano, tells a different story.

Some have suggested that it is a case of the false declarations of goods to get around the stricter export rules, newly imposed by the EU in the wake of the various vaccine supply issues.

Anagni have released invoices that don’t show any sign of the export of iron or steel to anywhere outside Italy, adding that on January 23, “around 25 tonnes of aggregates [ferrous materials] were disposed of in a landfill in Terni [Umbria],” supposedly to be replaced by cold storage rooms.

However, customs documents have revealed that around that date, 1,300 kilograms of iron, steel, ‘swap-bodies’ and various containers were shipped to the US, through UPS flights from Rome and Milan. Another similar delivery is reported to have been shipped around the middle of February.

According to the listed weight and cost of these deliveries, the shipments of iron and steel were sold for a price that would be expected of gold - raising suspicions within the customs authority, who are now working to discover the reality of the contents of the shipments.