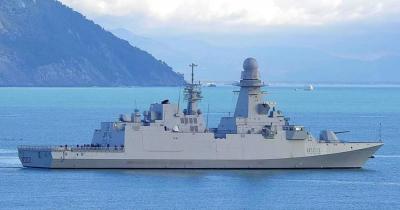 ROME - The sale of two warships to the Egyptian Navy has caused much controversy after it was revealed that, not only are Italy selling military vessels to a country with such a poor human rights record, but, as revealed by Il Fatto Quotidiano, they were sold for 100 million euros cheaper than the same ships were sold to the Italian Navy.

In June 2020, after a meeting with the Egyptian President, Abdel Fatteh al-Sisi, the then Prime Minister Giuseppe Conte gave the green light to the sale of the ‘Spartaco Schergat’ and ‘Emilio Bianchi’ to the “authoritarian regime” that “continues to systematically violate human rights and hinder the investigations into the murder of Giulio Regeni,” according to Il Fatto.

This decision led to the parents of Regeni, the Italian student murdered in Egypt in 2016, to denounce the government for the sale of these ships. Vito Crimi, the then leader of the 5 Star Movement, said at the time, “we are not giving these ships to Egypt, we are selling them. It is an economic operation.”

However, as was revealed this week by Il Fatto, from information exclusively gathered from documents regarding the Ministry of Defence’s multi-year framework plan, the two ships were originally intended for the Italian Navy as part of a sale of eight other frigates. The price agreed between Fincantieri, the shipbuilders, and the Italian Navy, according to calculations of military spending by the ‘Osservatorio Mil€x’, was 5.99 billion euros for the ten ships, around 599 million per ship, or 1.2 billion for two. However, Fincantieri sold the two ships to Egypt for only 990 million euros, over 200 million euros less.

Il Fatto also reports the additional costs for the Italian State of having to dismantle the NATO systems and technology installed on the ships, as Egypt are not part of the organisation.

Fincantieri’s sales are controlled by the Italian Deposits and Loans Fund, and the sale was authorised by the Ministry of Foreign Affairs, through the Authority for the Authorisation of Military Goods (UAMA).

Fincantieri and the Ministry of Foreign Affairs are yet to comment, but a source from the Ministry has said that the Minister, Luigi Di Maio, “has no jurisdiction over the prices of the contract, that are, in this case, exclusively under the jurisdiction of Fincantieri. Furthermore, the political process was managed by the Palazzo Chigi [seat of the Prime Minister] and approved by the Council of Ministers.”