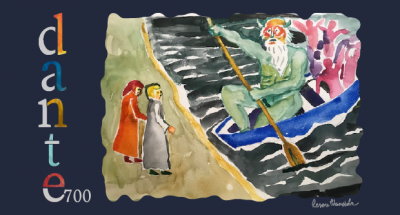 TURIN - The University of Turin has released its programme of conferences, lectures and exhibitions to celebrate the 700th anniversary of the death of Dante, on March 25, or 'Dantedì'.

The programme will feature events all around the country and will run until December. It has been organised by students and professors from 12 departments of the university, chiefly led by Stefano Geuna, Rector of the University of Turin; Donato Pirovano, head of the Department of Humanities and coordinator of 'Dante SettecenTo UniTo',  and Giovanni Saccani, President of the 'Dante SettecenTo' committee.

The events will offer to the public a multidisciplinary approach to analysis of the work of the great poet, bringing us closer to a figure who still has so much to give in our time, according the the University's press release.

The events include, 'Music and Literature in the time of Dante', 'Dark Screens: Dante's Inferno in cinema and audiovisual media' and 'Dante in the poetry of the 20th century and first years of the new millenium'.

"Dante is an international star," said Donato Pirovano, "one of the most recognisable Italian geniuses, admired and studied throughout the world. The Divine Comedy is translated into almost every language in the world. And in 2021, the initiatives dedicated to Dante are flourishing at a dizzying speed."