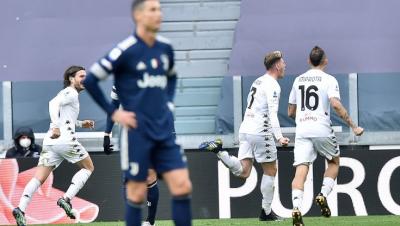 ROME – In the latest round of Serie A fixtures, third place Juventus lost 1-0 to 16th place Benevento, while Napoli beat Roma 2-0 to strengthen their position in fifth. It is the two Rome teams now battling it out for sixth, the last hope for European football next season. Wins for AC Milan and Atalanta guarantee no change in the standings at the top of the table.

Juventus, in their quest for a tenth Serie A title in a row, are now sitting ten points behind league leaders Inter after their upset at home to Benevento. In a match otherwise dominated by Juventus, who had nine shots on target compared to Benevento’s one, the Argentinian Adolfo Gaich scored the decisive goal in the 69th minute after intercepting Arthur Melo’s poor pass just outside Juve’s penalty area, getting away from one defender and scoring.

Napoli’s match on Sunday night against Roma, their closest competition in the table proved, was a crucial one, winning 2-0 away. Two goals in the first half by Dries Mertens, taking him to 100 for Napoli, were decisive as Roma failed to create anything more than five yellow cards. The Belgian’s first goal came from a neatly curled in free kick, while his second was an easy header just seven minutes later. Roma stepped up their poor first half performance in the second, but couldn’t get anything past the Napoli defence.

Table leaders AC Milan on Sunday managed a 3-2 win against 14th place Fiorentina. Zlatan Ibrahimovic marked his first start for almost a month with a goal after just nine minutes, getting away from the Fiorentina offside trap to hit it first time past the keeper. A brilliant free kick by Erick Pulgar in the 17th minute and a good finish from the edge of the box by Franck Ribery in the 51st minute put the hosts in the lead, but Milan managed to come out on top in the end after goals from Brahim Diaz and Hakan Calhanoglu. Milan still have their eyes on the title, being only six points behind neighbours Inter.

Elsewhere on Sunday, Lazio could only manage a 1-0 win against Udinese, the goal coming from Adam Marusic in the 37th minute. 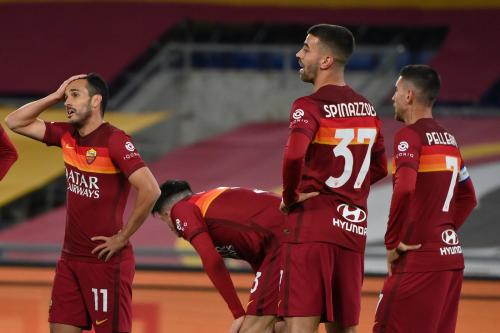